Covering 380 km from Rambouillet to Châtellerault via Tours, this is the part of the Way of Saint James that is most popular with cyclists, since it is relatively flat. In Touraine, the “Via Turonenis” (Tours route) runs alongside the Brenne area towards the Vouvray wine region, before going south towards the Vienne valley.

You probably know this Chinese proverb: “the important thing is not the goal, but the path”. It takes on its full meaning on the roads to Santiago de Compostela. Encounters, landscapes, but also introspection… a beautiful programme in perspective during your journey in Touraine, between Paris and Bordeaux. 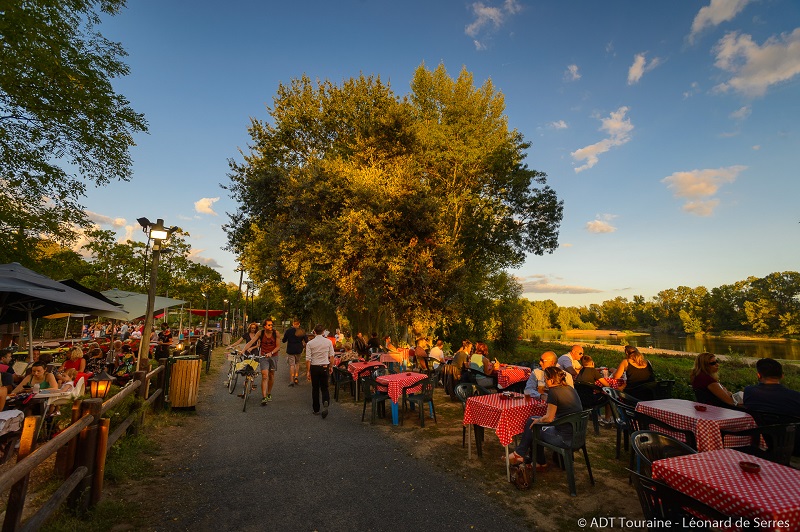 On the Camino de Santiago by bike: a guinguette Café in Rochecorbon 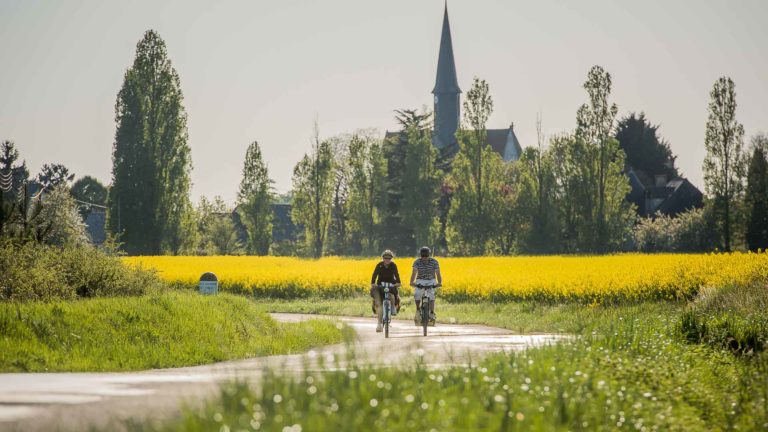 It is no coincidence that one of the four main routes to Compostela passes through the city of Tours. A few centuries ago, many pilgrims took this route to honour Saint Martin, evangeliser of Gaul in the 4th century, and made famous by sharing his cloak with a man freezing cold. A beautiful basilica with neo-Byzantine architecture still houses his remains.

Beyond the historical and religious dimension, your stopover in the Touraine capital will allow you to discover a city where life is definitely good: a dynamic city centre, old districts with numerous restaurants, a guinguette on the banks of the Loire, a contemporary art centre… 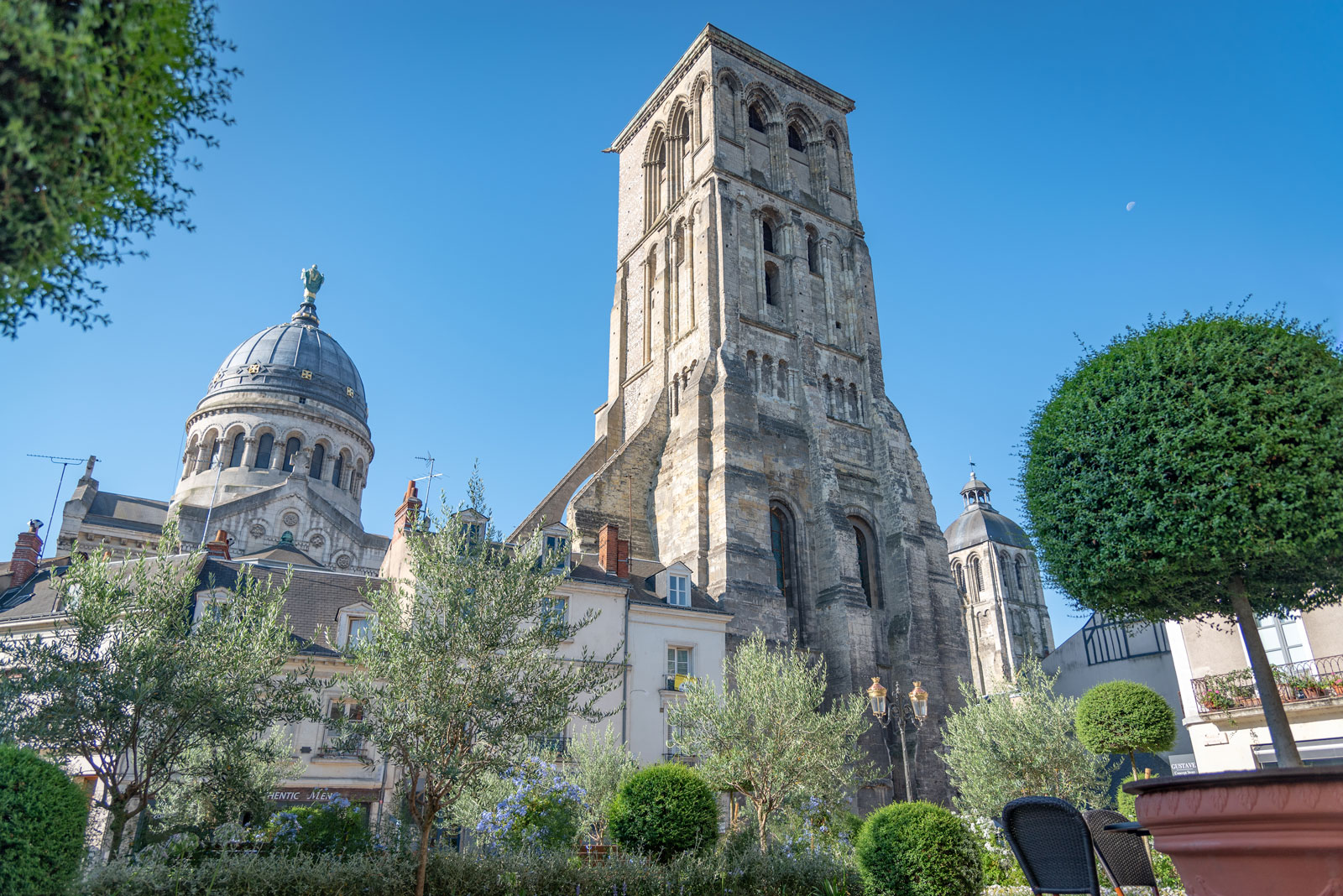 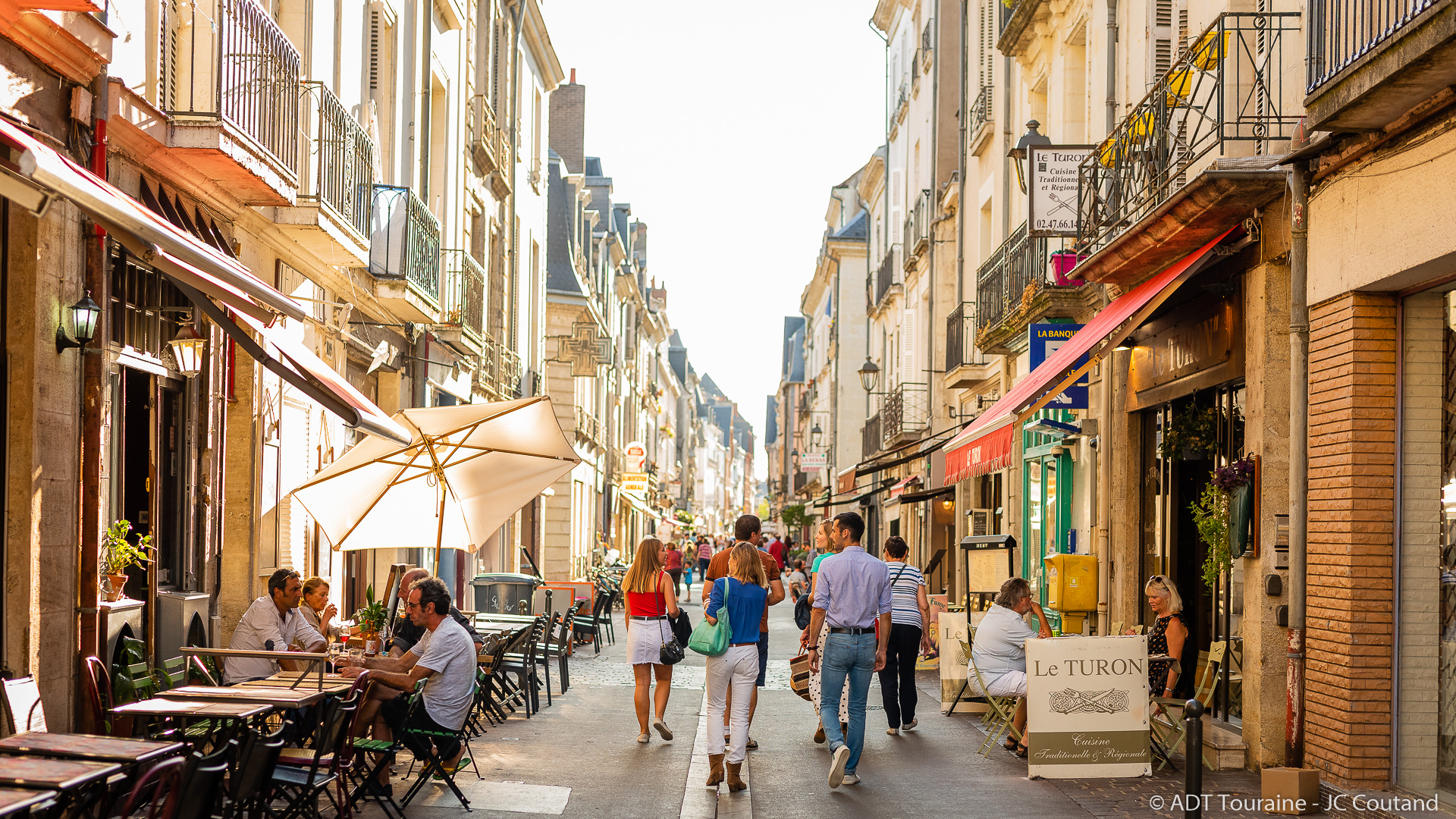 Interactive maps: between Chartres and Tours & between Tours and Poitiers 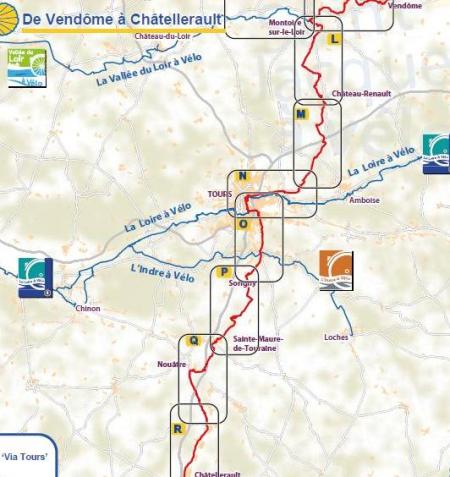 In Vendôme and Châtellerault, the train stations are an easy way to get to and from the cycling routes. So, it’s simple to plan out an excursion lasting 2 or 4 days, depending on the daily distance you want to travel:

– Between Vendôme and Tours: 94 km (stopover possible at Château-Renault)

– Between Tours and Châtellerault: 84 km (stopover possible at Sainte-Maure-de-Touraine)

If you need to rent a bike, keep in mind that there is several rental shops in Tours.

Stopovers for visitors to Touraine

On the way, alongside our high-quality accommodation, there are many interesting sights to see, making a break well worthwhile along the Way of Saint James by bike (GR 655). Here’s a non-exhaustive list: 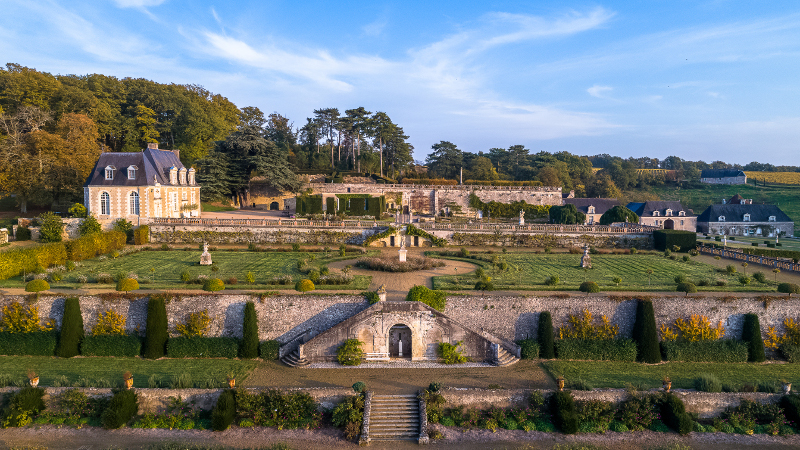 The gardens of the Château de Valmer 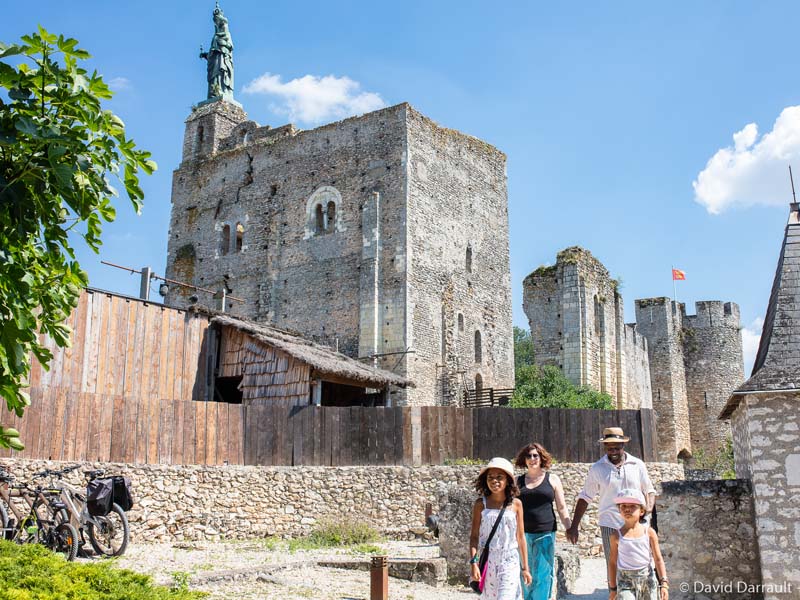