Just for the experience, because it is something important to do, by religious conviction, to surpass yourself, to share a great trip with your travelling companions… There is no shortage of reasons for following the Way of Saint James. On this historic pilgrimage, dating from the 9th century, everyone is looking for something different. Some people are not even looking for anything. And do you know what? They find it.

Touraine is the host of one of the four major French routes to Compostelle, called the “Via Turonensis”. The route goes through Tours because an even older pilgrimage already existed. From the 4th century, large numbers of pilgrims headed for the capital of Touraine to pray at the tomb of Saint Martin of Tours, which is now in the Saint-Martin Basilica. A few kilometers upstream, on the banks of the Loire, the Abbey of Marmoutier is another stage of the journey.

Saint-Martin Basilica and the Charlemagne tower 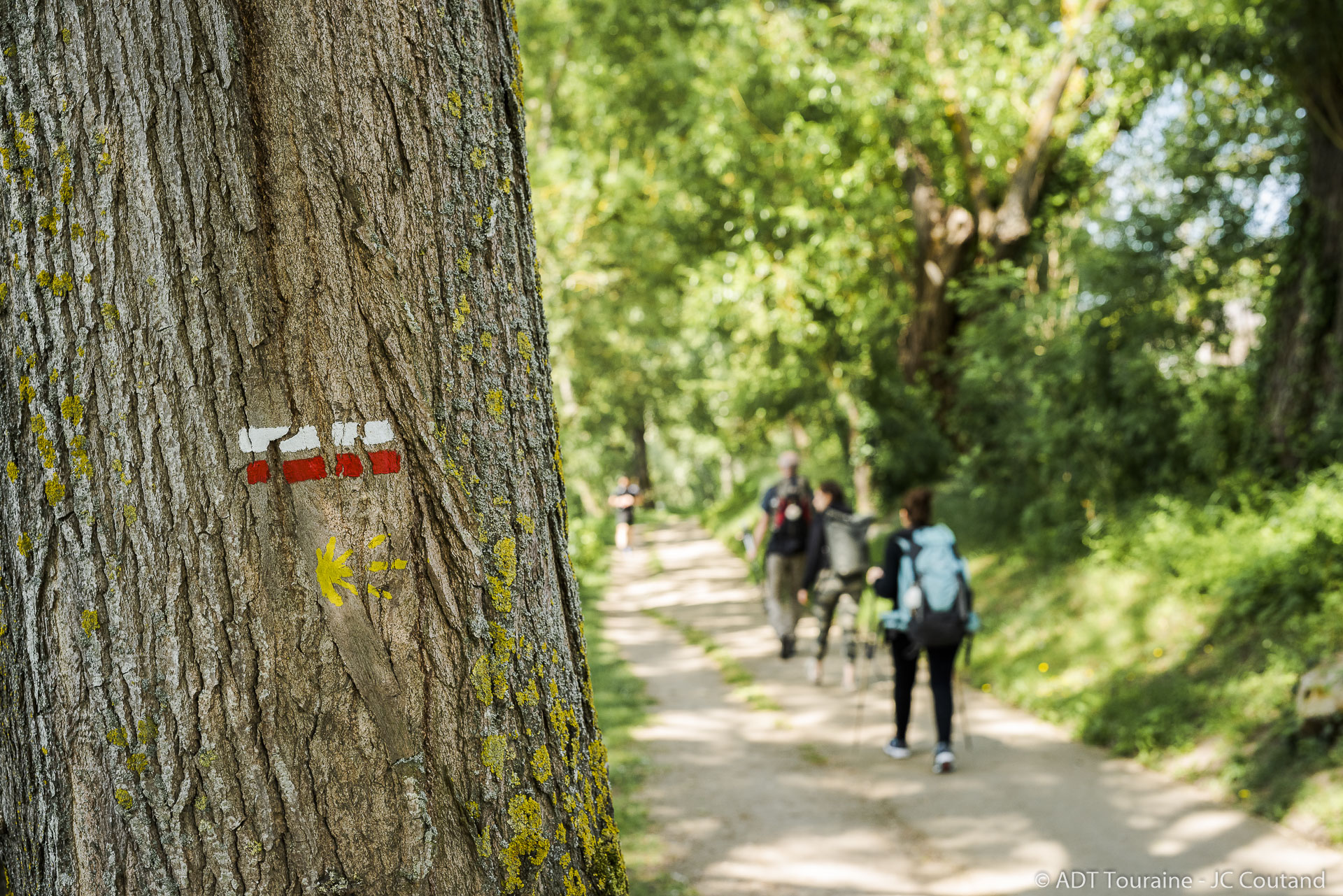 The way of Saint James

With a temperate climate and relatively flat land, it is considered the easiest route to take. Important point: don’t forget your scallop shell!

Video: on the Way of Saint James in Touraine

After Paris and Chartres, hikers arrive in Château-Renault (there is an alternative route, via Orléans and Blois instead of Chartres), then cross Touraine from north to south, before heading for Poitiers, Bordeaux and Saint-Jean-Pied-de-Port.

Information about the route through Touraine, accommodation, etc.: www.compostelle-tours.org

The GR3 long-distance trail, alongside the Loire châteaux

The Ways of Saint-Martin