The Liberation of Paris and the Maillé massacre…

In late summer 1944, while Paris was being liberated, the German troops retreated before the advancing Allies. In Maillé, a small village near Sainte-Maure-de-Touraine, the Maison du Souvenir memorial centre immerses visitors in an important event in the Second World War.

After a few days of fighting, the city of Paris was liberated on 25 August. A phrase from the speech made by General de Gaulle became part of history and of the French collective memory: “Paris outraged! Paris broken! Paris martyred! But Paris liberated!” The pictures of the victory parade on the Champs Elysées, on 26 August 1944, also made a strong impression.

But while the fate of the French capital has strong symbolic resonance, the duty of remembrance should also focus on the tragedy experienced, the same day, by the martyred village of Maillé. On 10 June 1944, the village of Oradour-sur-Glane was turned into a heap of ruins and its inhabitants massacred. On 25 August 1944, Maillé suffered the same fate.

The Maison du Souvenir opened in 2006. It bears witness to the massacre (124 victims, aged from 3 months to 89 years old) coldly planned by an SS unit on 25 August 1944. The aim was to “set an example” after gunshots were fired and acts of sabotage carried out by Resistance forces on the railway line between Bordeaux and Paris. 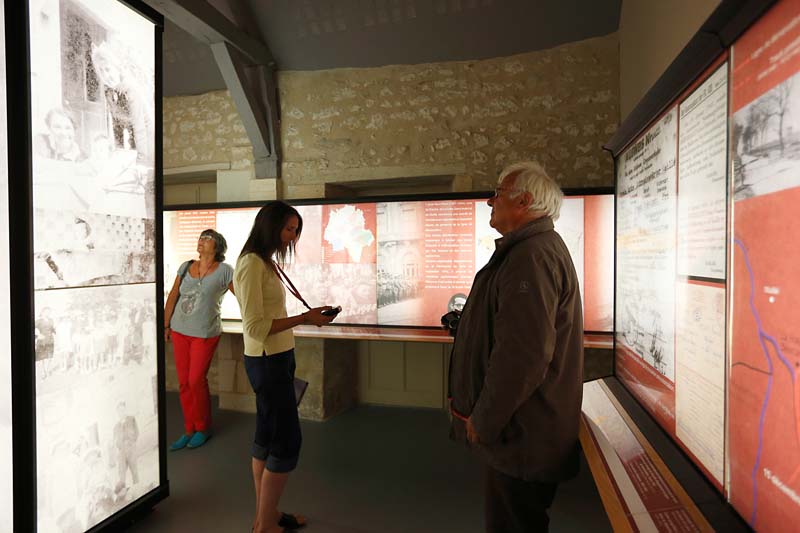 Explanation of context leading up to 25 August 1944

Along with the drama shown in a poignant video, the memorial centre focuses on the context of the 1939-1945 war and events in Touraine. It also highlights the indoctrination of German youth (the massacre was carried out by soldiers aged between 16 and 18), the fate of the survivors and the slow reconstruction that followed.

The Maison du Souvenir provides a very instructive and moving visit. This highly valuable memorial venue welcomes large numbers of school groups all through the year. Standing close by the Loire châteaux, landmarks evoking the Middle Ages and the Renaissance, this memorial site is a valuable way to bring to light a little-known event in the Second World War. 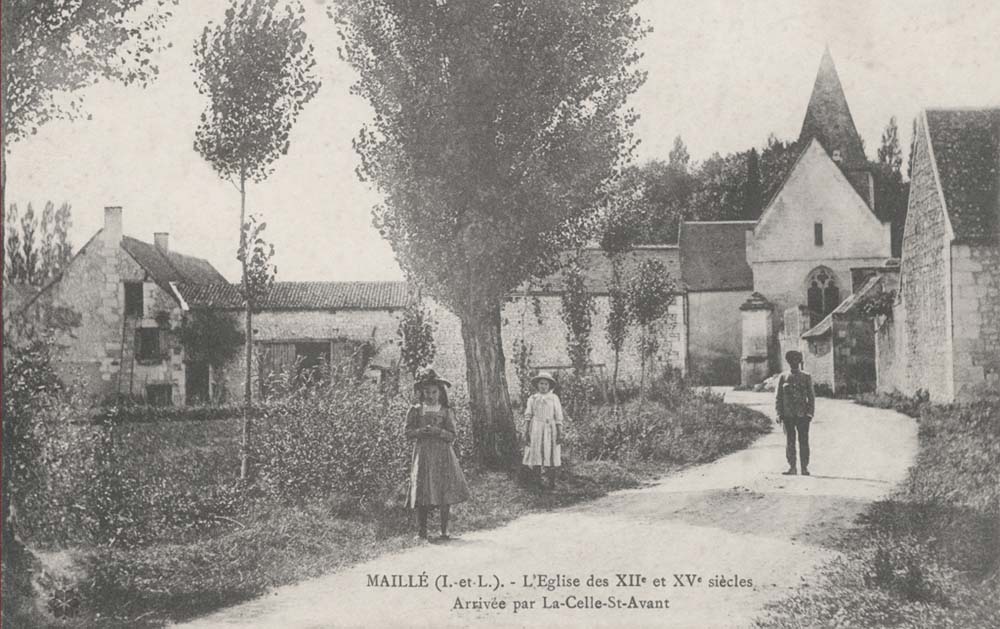 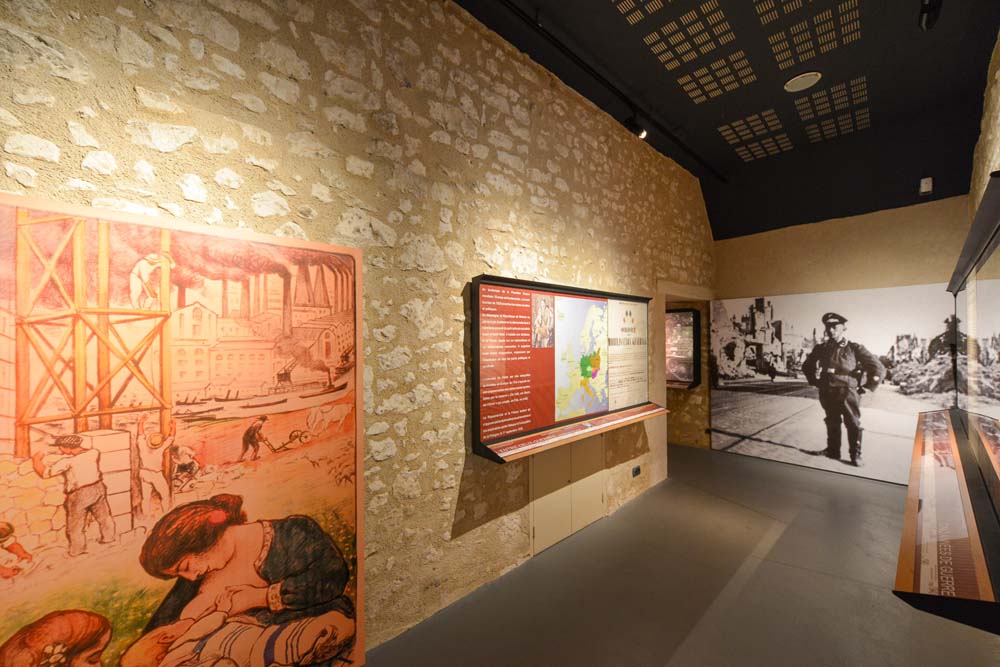 France in the Second World War 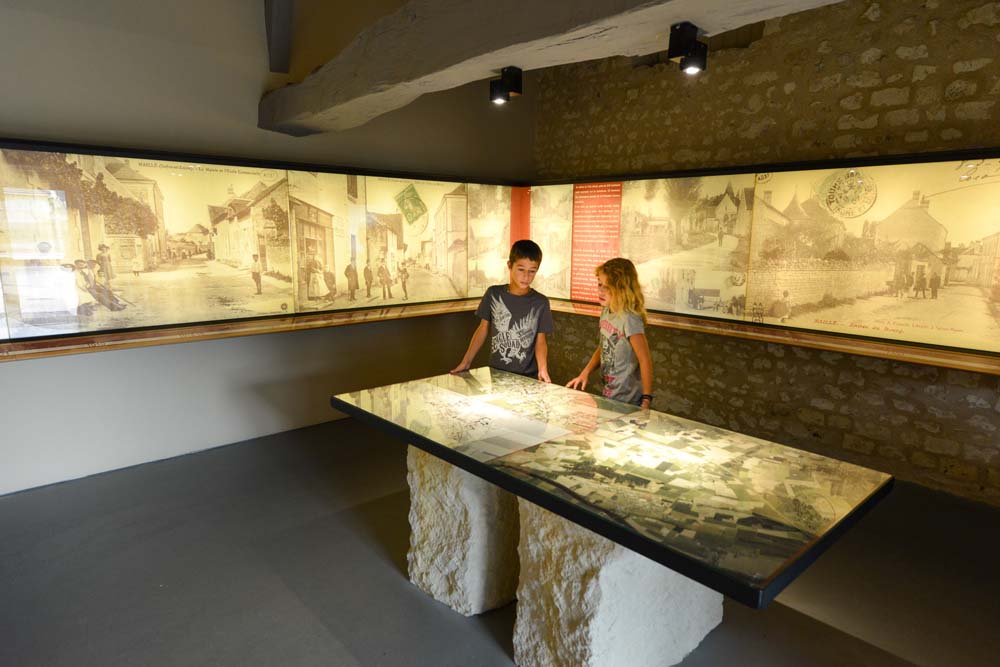 The duty to remember

During the Second World War in Touraine… Did you know?

The city of Tours was briefly the capital of France from 10 to 13 June 1940. As the German armies advanced, the French government was based in the town for a few days (before heading for Bordeaux, then Clermont-Ferrand and Vichy). Among the people who stayed here were:

The demarcation line divided Touraine in two. To get to Loches (in the free zone) from Tours (in the occupied zone) was a big challenge, even with the proper authorisations. This gave rise to a local expression: “We’re not in Loches yet”*. It is worth noting that the double gallery in the Château de Chenonceau, above the River Cher, was also used to pass discreetly from one zone to the other!

*The expression “Se faire appeler Arthur” (literally, “to get yourself called Arthur”, but meaning “to be yelled at” also dates from the Second World War. During the French occupation, the curfew began at 8 pm. The name “Arthur” is a deformation of the German “acht Uhr!” (eight o’clock), which the enemy patrols would shout at anyone who was late for the curfew.

In the Cave de la Sibylle…

The Renaissance in Loire Valley