We often read that after years of professional activity, retirement is like the opening of a new chapter in life. After a Parisian career in a banking establishment, Count Aymar de Saint-Venant has even opted for a whole new chapter, by taking in hand the destiny of Valmer, an estate that came into the family domain in 1888.

While he concentrated on the wine estate, his wife Alix was far from being outdone: a landscape gardener and botanist, she undertook the restoration of the Valmer gardens and started the creation of a conservatory vegetable garden of old vegetables and edible flowers. Since 2004, they have been proudly bearing the “Remarkable Garden” label, awarded by the French Ministry of Culture.

When you arrive in this valley of the Brenne, it is difficult not to be impressed by the charm of the place, whether you arrive by bike (it takes about 1h10 to cover 20 km from the centre of Tours on the Saint-Jacques à Vélo route) or by car. Numerous trees mark the boundaries of the agricultural plots, while the vines line the hillsides.

A large surrounding wall surrounds the park, in the middle of which stands the Petit Valmer. Since the destruction of the main castle by an unfortunate fire in 1948 (marked on the spot by a yew castle), it has dominated the superb terraced gardens on eight levels, straight out of the Renaissance. 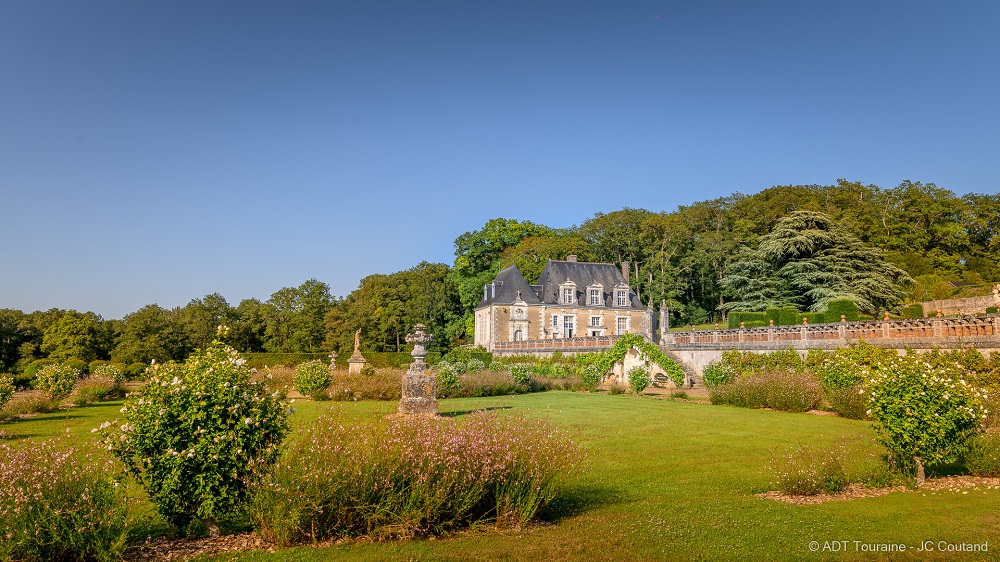 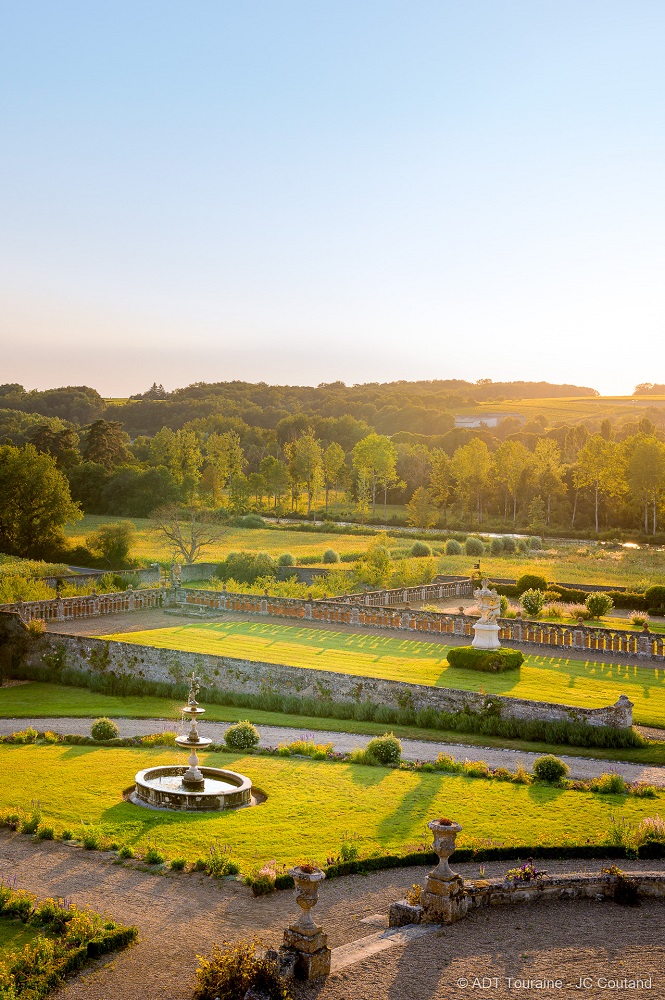 In the 1990s, Alix de Saint-Venant replanted the boxwood borders along the paths and fruit trees, restoring the structure of the garden. A few years later, she began to work on the vegetable garden itself, with a taste for old varieties that she “hunted” with curiosity here and there, throughout the world.

The idea is to show that good things can be eaten all year round, such as root vegetables which, once picked, can be stored in cellars. Moreover, even the flowers can be eaten, starting with the orange lily “hémérocalle”. In short, you can stroll around with delight, your eyes flattered by the wide range of colours of the flowers and the pretty perspectives, in the middle of which a statue or a fountain can sometimes be seen. 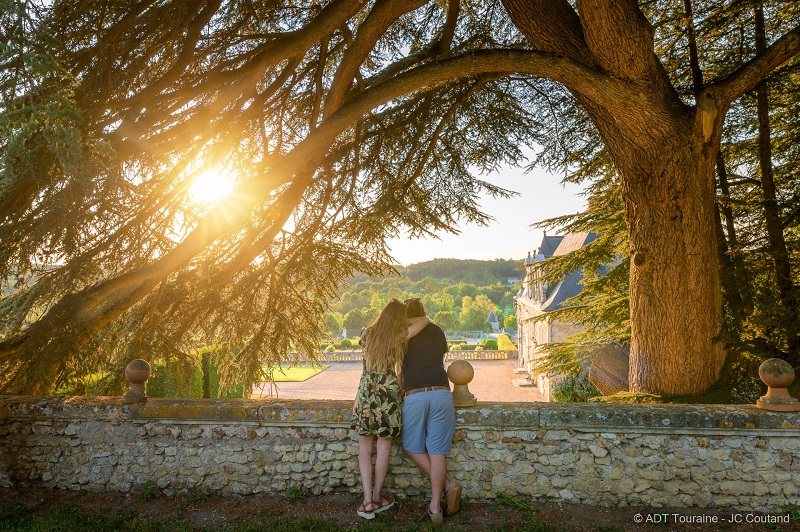 The gardens of Valmer are not only ideal for daydreaming, but also for… games! For about an hour, an “escape garden” (from 5 years old) offers you the chance to solve riddles and other coded messages.

As previously mentioned, the estate also has a large vineyard, now managed by Jean de Saint-Venant, the son of Aymar and Alix. You will have the opportunity to taste the wines produced in the Vouvray appellation (fine bubbles, dry, semi-dry, sweet) or in the Touraine appellation (rosé, traditional method or still).

Finally, there are several specific events that give you a good opportunity to come to Valmer: 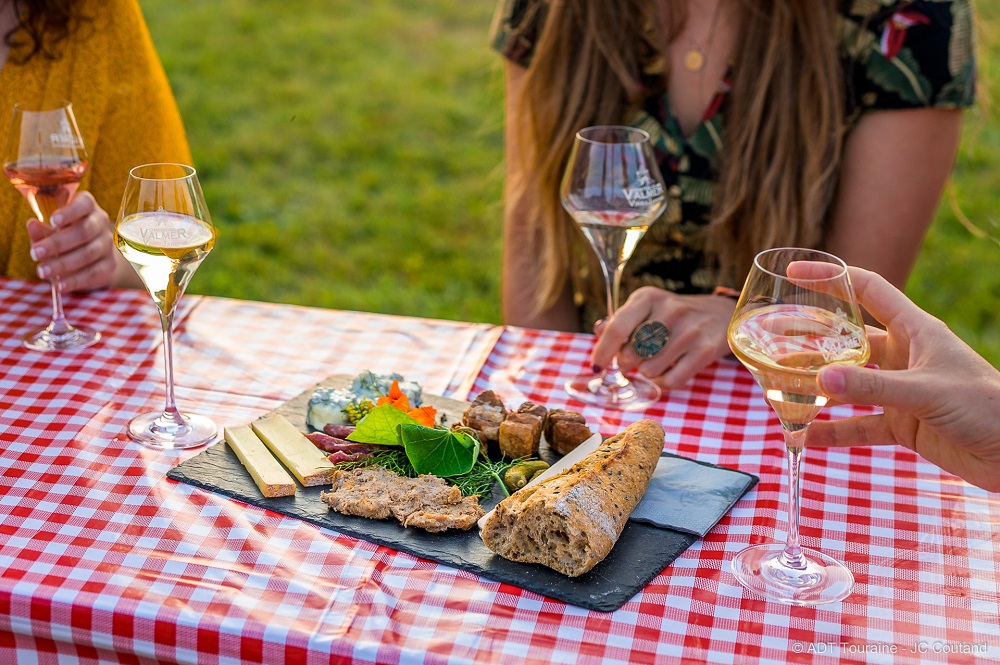 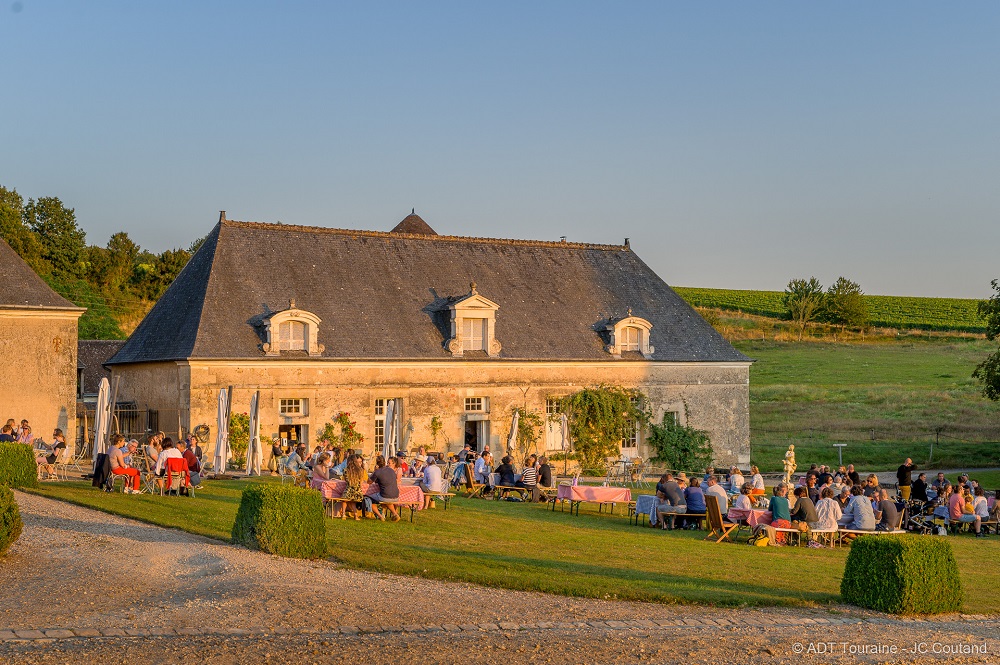 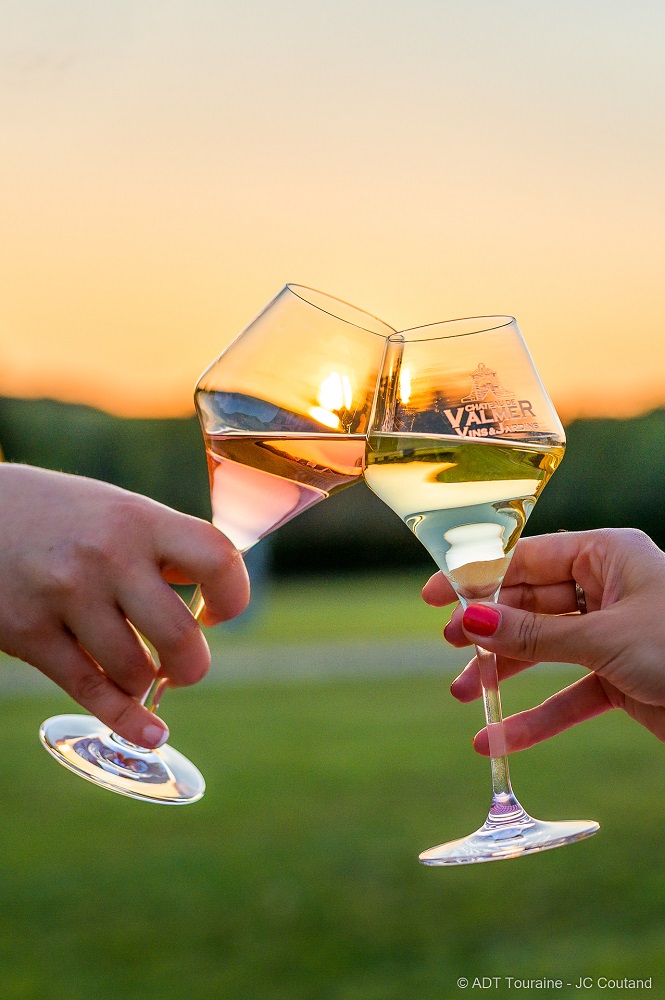