In the heart of Tours in the Loire Valley, the Olivier Debré Contemporary Arts Centre (CCCOD) transports visitors into the many worlds of Art. And what a fantastic trip it is!

Inextricably linked to Touraine, Olivier Debré was long a familiar figure along the banks of the River Loire, on the lookout for his countless aspects which he would immortalise on huge canvases in homage to the great river. Focusing on the emotion felt in front of the landscape, he became an emblematic figure of lyrical abstraction. On his death, his family entrusted his five greatest paintings to the pre-existing art centre: the CCC then became the Centre de Création Contemporaine Olivier Debré (CCCOD), just before taking on a new dimension by integrating new premises. 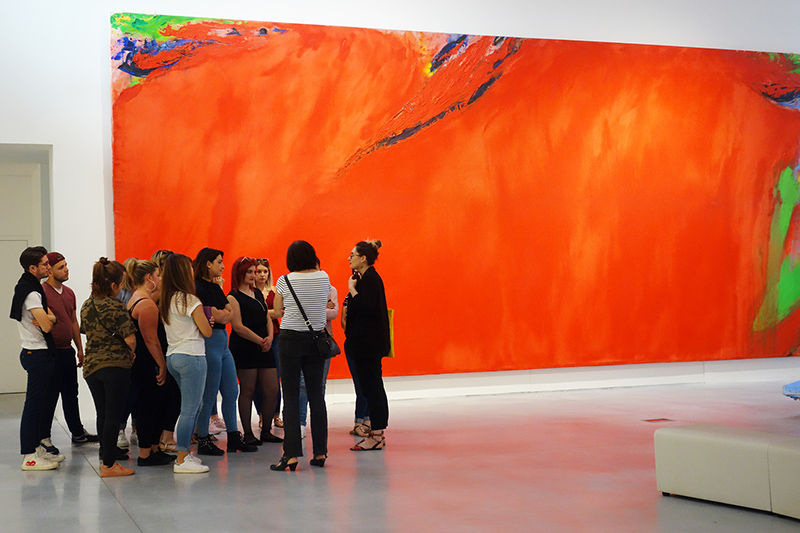 The beautiful architecture of the CCCOD

Entrusted to the Portuguese architects Aires Mateus, the design of the Olivier Debré Contemporary Art Centre brings transparency and light to the fore: it is a simple, refined building where the subtle play of light makes it seem to be almost hovering in spite of an impressive amount of dressed stone. Built on the site of the former School of Fine Arts, the contemporary building offers a beautiful contrast with the Romanesque architecture of the nearby Saint-Julien church.

A great nave is visible night and day thanks to its high windows; it displays the greatest works, such as Chambre d’Huile (by Per Barclay), Instrumentarium (by Klaus Rinke), Cactus Painting (by Ghada Amer), ou encore The resting thought (by Alicja Kwade).

The other exhibition areas (the White and Black Galleries, etc.) have been designed to showcase a wide variety of works perfectly. There is also a bookshop and a restaurant open to the public. 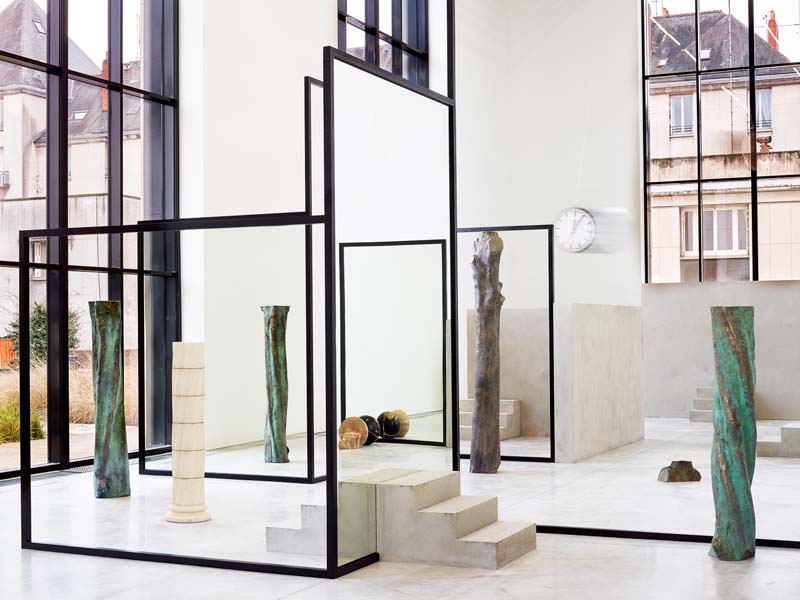 Although the Loire was one of the artist’s favourite subjects, Olivier Debré often travelled to Norway and painted. “A journey to Norway” was the first exhibition held at the CCCOD. Klaus Rinke succeeded him, and many others. At present, the work of Marie-Anita Gaube is on show alongside the centenary exhibition.

For each of these exhibitions, the CCCOD provides visitors with a team of facilitators as well as a special mobile app, so that you can find out everything there is to know about the approach adopted by the artists.