Amid the Chinon terraces: the beautiful statues of the Three Graces

In Chinon, a beautiful fountain stands in the centre of General de Gaulle Square, often called ‘Fountain Square’ or ‘Three Graces Square’. Surrounded by several restaurants, among them Le Chapeau Rouge and La Pause Rabelaisienne, this place is much loved by locals and travellers alike, who can sit there quietly for a meal or a coffee whilst enjoying the famous fountain!

A fountain inspired by mythology 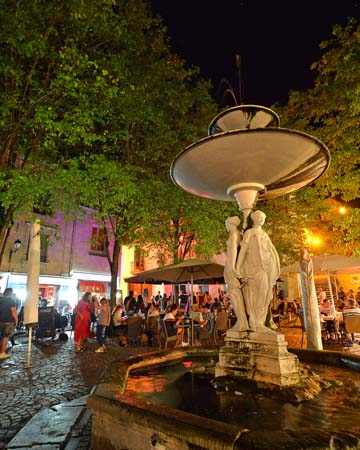 The fountain of the Three Graces

On a stand adorned with shells and dolphins, three women form a circle. They are the Charities from Greek mythology, equivalent to the Graces in Roman mythology, three friendly, smiling deities named Aglaia (symbolising splendour and brilliance), Thalia (abundance, who makes plants blossom) and Euphrosyne (mirth, joy of the soul resulting from the benefits of the sun). They are known for being the daughters of Zeus (Jupiter) and the most beautiful of the Oceanids, Eurynome. Legend has it that these goddesses of nature made the lives of men more beautiful.

Abundance, mirth… it’s impossible not to make the connection with a figure inextricably linked to Chinon: François Rabelais and his larger-than-life character Gargantua.

The origins of the Fountain of the Three Graces

In the pretty medieval town of Chinon, the Fountain of the Three Graces was made in the 19th century by Jean-Jacques Ducel, a foundry worker (Ducel foundry). The three goddesses are represented standing back-to-back, hands entwined. They seem to be gazing benevolently at the people having a great time on the square’s terraces. 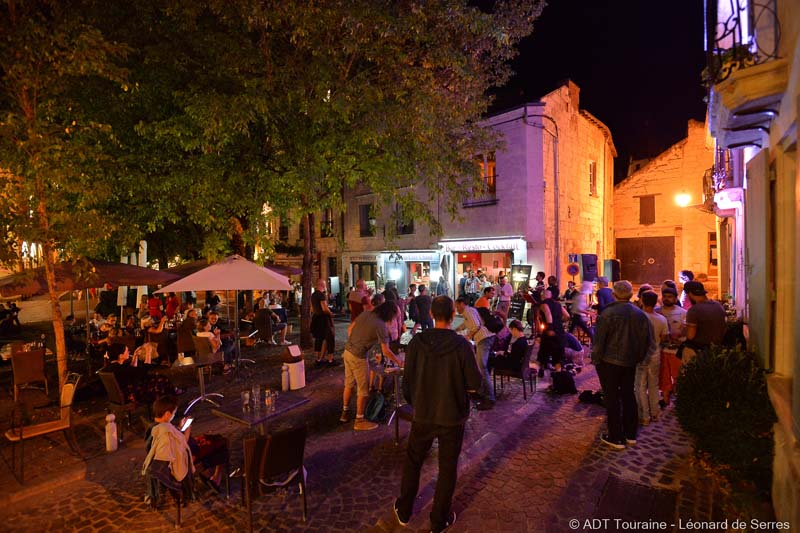 Other fountains with these three deities adorn many towns and cities in France, such as Montpellier, Bordeaux, Nice, Guéret and Fontainebleau. They are modelled on a funeral monument (on display at the Louvre Museum) commissioned by Catherine de Medici upon the death of her husband Henry II (son of Francis I). The Three Graces are carrying a copper vase containing the king’s heart.

The must-see attractions in Chinon

After you’ve remembered these words while gazing at the fountain, it will be time to go and explore the top must-see attractions in Chinon, starting with the Royal Fortress, which, as well as the tour, offers you a Monument Game: an Escape Game right in the middle of the fortress!

Flowing not from the fountain, but from the large vineyard surrounding the town, Chinon wine has put the town on the map for a long time. Wine bars and cellars tours await you, like those offered by the Plouzeau and Monplaisir wine cellars, the Pierre et Bertrand Couly winery, the Château de la Grille and the Domaine de Noiré wine estate. A traditional boat trip on the River Vienne is also highly recommended, with the Compagnie de Navigation Vienne Loire. And foodies should remember to sample the tarte vigneronne, a delicious ‘winemaker’s tart’ made with wine jam. 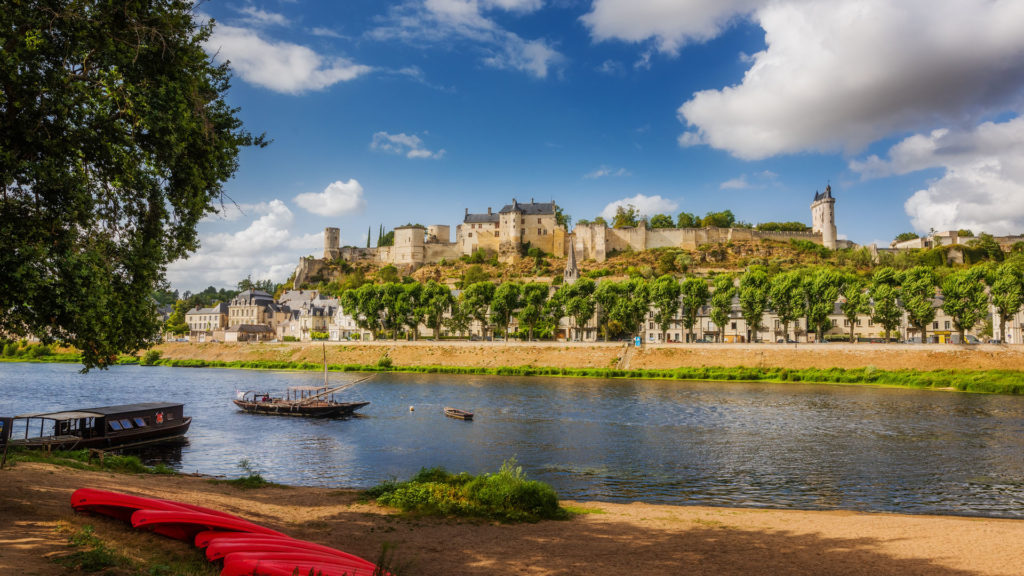 The Royal Fortress of Chinon, overlooking the River Vienne. 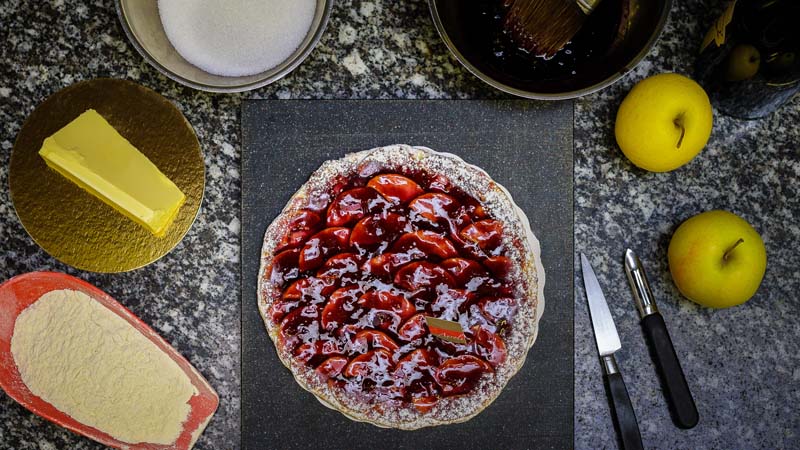 A few places to stay during your break: