A spectacular summer of Sounds and Lights shows!

When summer arrives, let the show begin! As soon as night falls, monuments buzz with cheerful yet refined excitement: here and there people patiently wait for the first sound and light shows to appear, heralding the start of the evening.

As the sun goes down, visitors are immersed in a welcoming sweet, dreamlike atmosphere. In the gardens at Villandry, for example, you will be delighted by the thousands of lit candles which create a magical view of the gardens, this is called “the nights of the thousand lights”. A great idea for a romantic outing! Another suggestion would be a charming musical (from Haendel) or a stroll at night in the park at the château of Chenonceau.

Again, at the chateau in Chenonceau, in mid-July, the local wine growers of the AOC “touraine-chenonceaux” organise a wine tasting “under the stars”. 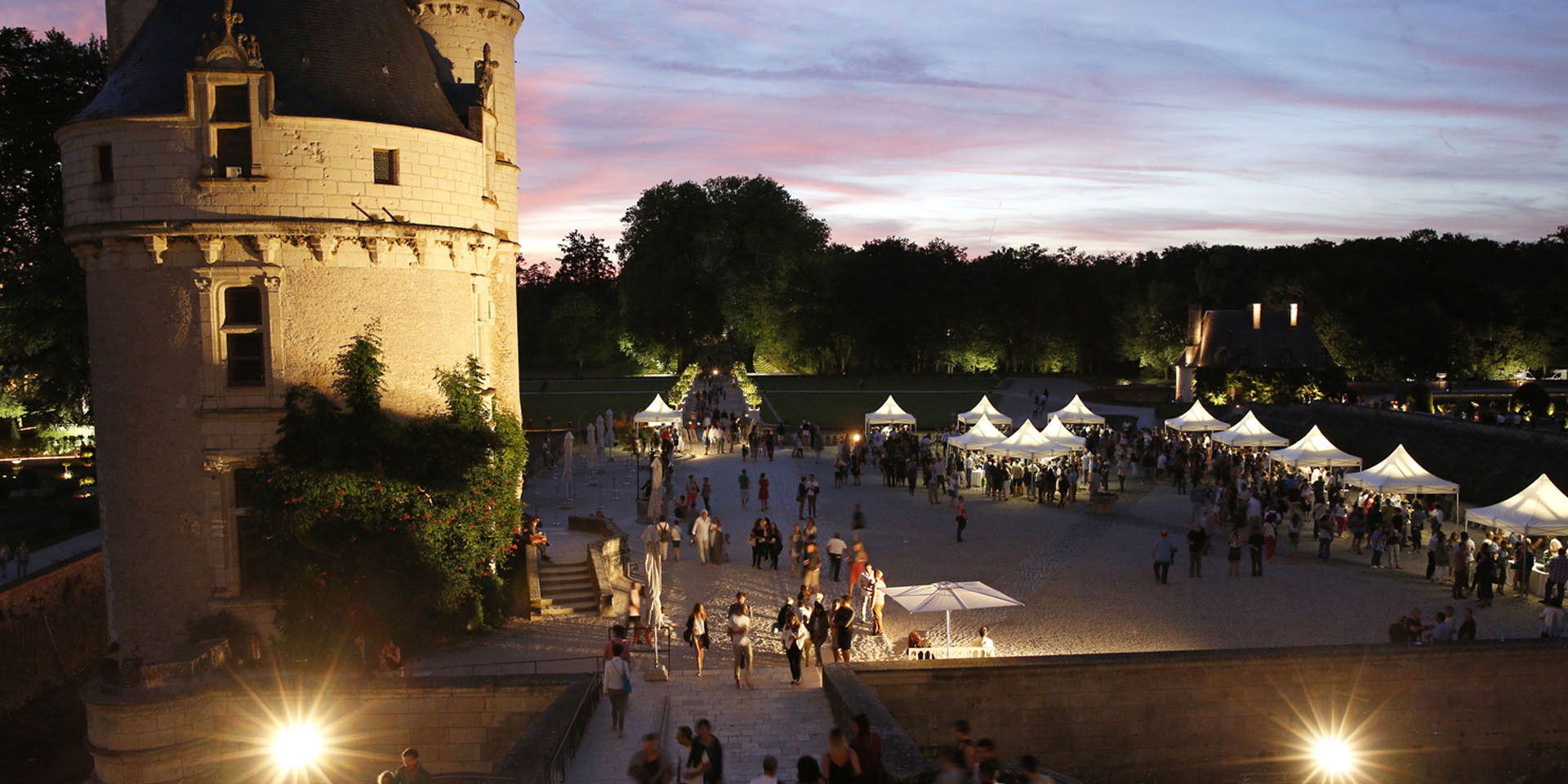 Wine tasting under the star - Château of Chenonceau 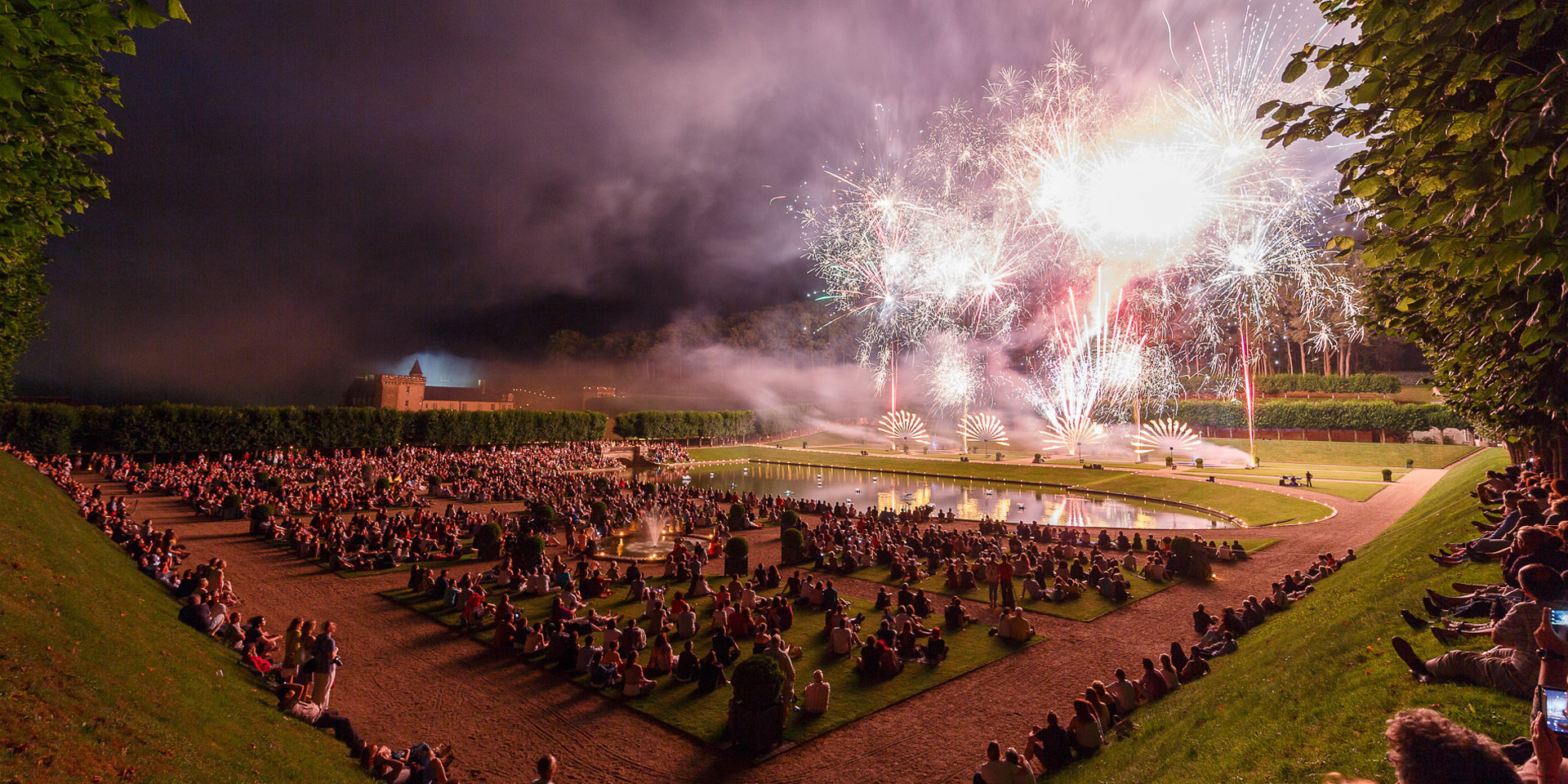 Nights of a thousand lights - Villandry

Standing on the terrace of the royal chateau in Amboise, Louise of Savoie, mother of the young François, is the queen of the night. “The Amboise prophecy” (first picture above) is a new show combining multimedia arrangements (by Damien Fontaine) and epic scenes, telling the story of the precious young François of Angoulême, future King François the 1st of France!

As for the thirtieth anniversary of the night show in Semblançay (Scénoféerie de Semblançay), these passionate actors will act out the enchanted the history of Touraine through the centuries, before your very eyes. Watch the video below:

Azay-le-Rideau Castle unveils its first edition of Fantastic Nights during this summer of 2019: a virtual journey into the new worlds of the Renaissance awaits you! Three kilometers further, the castle of Islette is not in rest, with 5 magnificent evenings (every Wednesday from July 17 to August 14): “L’Islette under the stars“.

The Fantastic Nights of Azay-le-Rideau

Sounds and lights shows in Tours and Montrésor

The city centre in Tours is a pleasant place for a stroll due to the many pubs, restaurants, shops and the summer “guinguette”.  As for at night, follow the illuminated walking tour in the city highlighting the main historical monuments. In addition, the projection show “Renaissance nights” is not to be missed.

Montresor, a charming and peaceful village near Loches, gets quite lively during the “solar nights”. It is a wonderful way to discover the beauty of the local chateau. 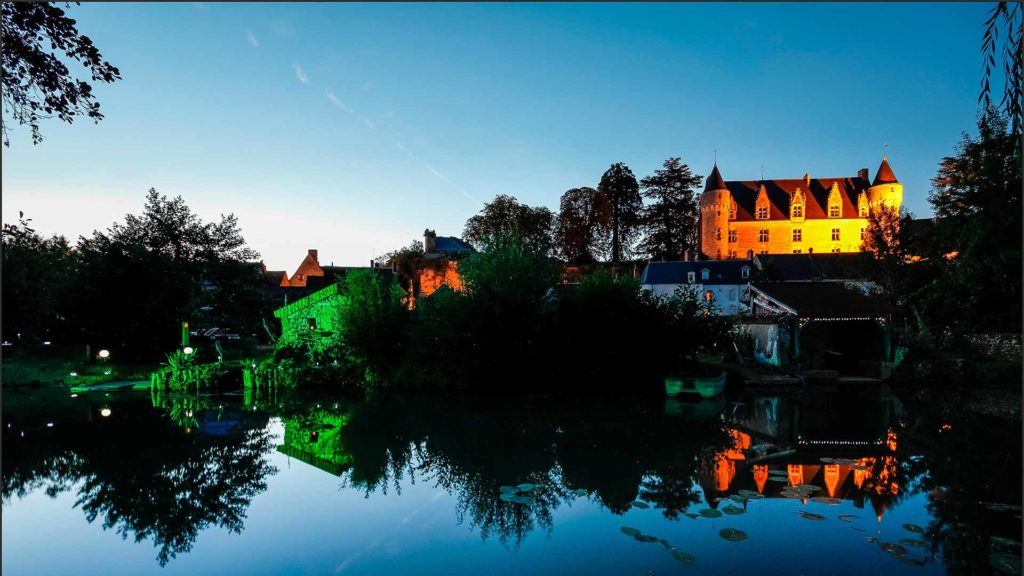 A flight in a hot-air balloon with Air Touraine