‘Poires tapées’ is a dried pear recipe that goes way back! Using a preservation method dating back to the 11th century, foodies come from far and wide to sample this sweet Touraine speciality in the village of Rivarennes, near Azay-le-Rideau.

After the crusades, peasants learnt how to preserve fruit by drying them. They started with plums (upon her return to Fontevraud, Eleanor of Aquitaine encouraged plum trees from Damascus to be planted in the Loire Valley), then used the same technique on local fruit: apples and pears! 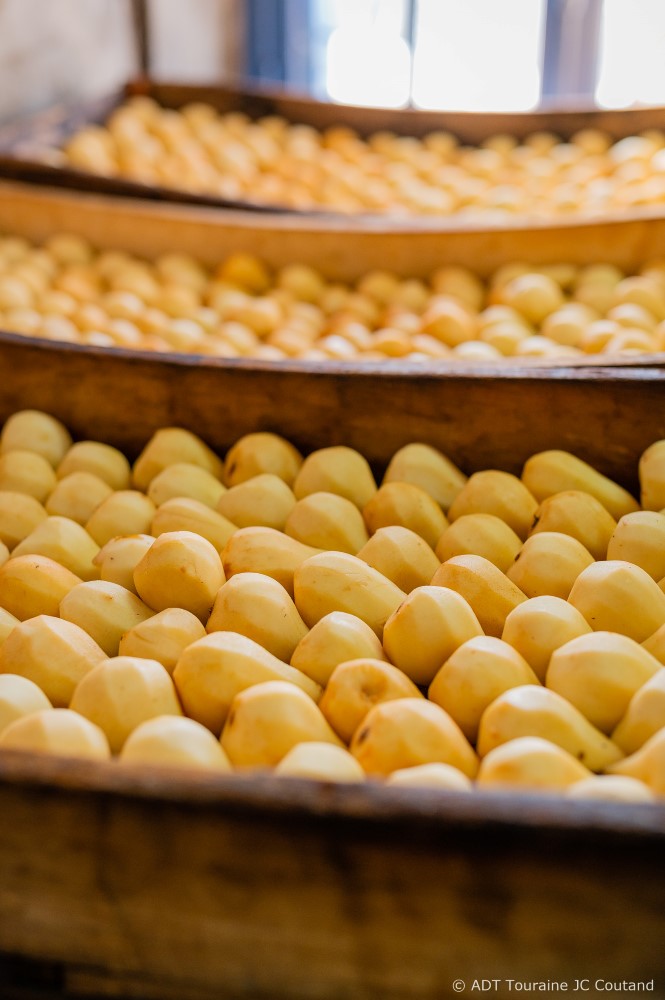 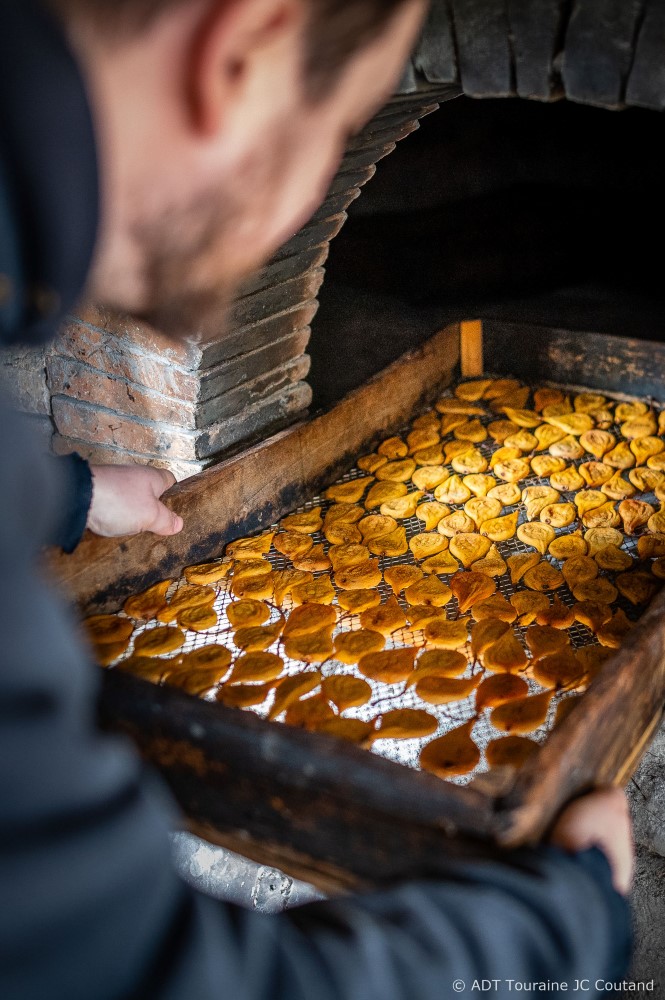 In the 19th century, farmers had to destroy vines afflicted by phylloxera, so they were glad that they could count on these popular dried fruits, which were sold in shops and exported to Northern Europe. Although trade stalled between the World Wars, pear trees have stood the test of time, firmly rooted in the rocky slopes around Rivarennes, near Azay-le-Rideau. It turned out very well as since 1987, enthusiasts have been carrying on the tradition! 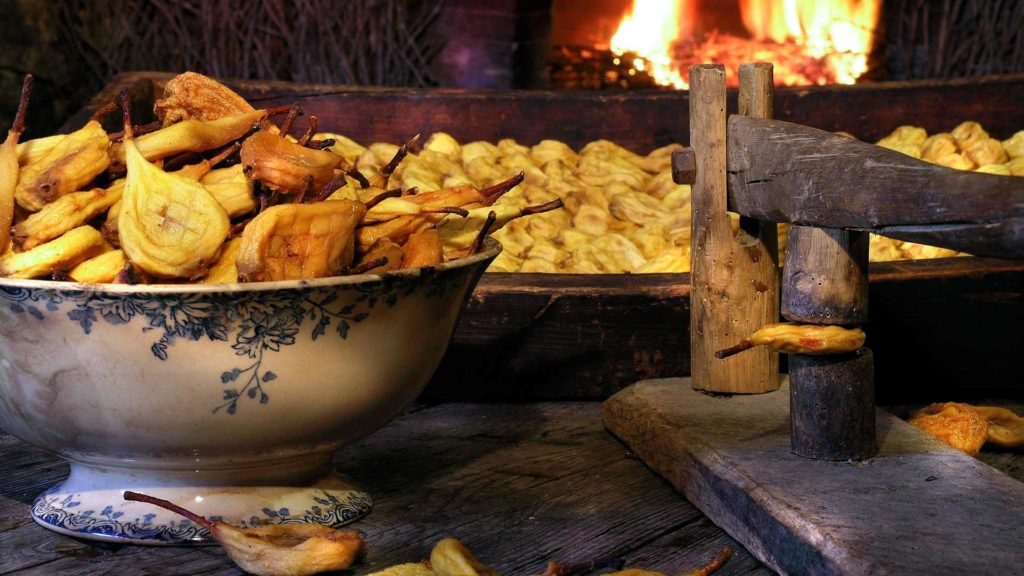 The secret of making Poires Tapées

“Pouères” (pears in old Touraine dialect) are peeled, placed stalk down in racks and then spend several days in wood-fired ovens. Once they’ve dried out, the pears are flattened out using a specific tool, the “platissoire” (to speed up dehydration) and placed in a warm room before being packaged. 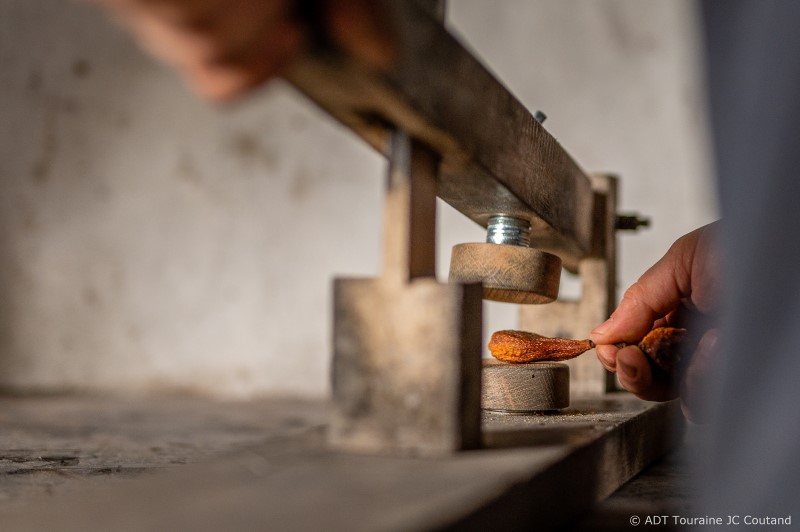 A “platissoire”, used to flatten the pears

Nowadays they are eaten rehydrated, soaked in Loire wine, Hypocras (wine with honey and spices), eau-de-vie or cooked in a sugar and cinnamon syrup… Simply delicious as a starter or dessert!

Try also  the “crème de poires tapées” (dried pear liquor) in a cocktail or in a kir with sparkling white brut. It is the perfect alternative to the traditional blackcurrant liquor. A drink to enjoy in moderation of course.

There are two places where you can taste and purchase the local delicacy called “poires tapées” (dried pears) : the “Poire Tapée Museum” along with its conservatory orchard and the shop of Philippe and Christine “Les Reines de Touraine” . Visit one or both places and you will learn everything about this ancient craft!