Montrésor, one of the French people’s favourite villages

In 2015, 22 villages competed for the title of the “French People’s Favourite Village”, given during a TV show hosted by Stéphane Bern on France 2. The charm of the village of Montrésor, near Loches, made a real impact!

With the soothing sound of the River Indrois, which runs through the village, Montrésor was one of the three most beautiful villages in France in the Touraine region (along with Candes-Saint-Martin and Crissay-sur-Manse). It was voted the French people’s 2nd favourite village in 2015, just after Ploumanac’h in Brittany.

A walk through the village of Montrésor

The beautiful medieval streets are an irresistible invitation for a stroll, taking you to the Château of Montrésor. The château has seen 1000 years of history and is home to a big art collection. One of the chateau’s owners was Count Xavier Branicki, a famous Polish refugee exiled in France.

Below, the river is like a mirror reflecting the château and the village houses. Each summer, a sound and light show highlights the beauty of the setting: Les Nuits Solaires (solar nights). 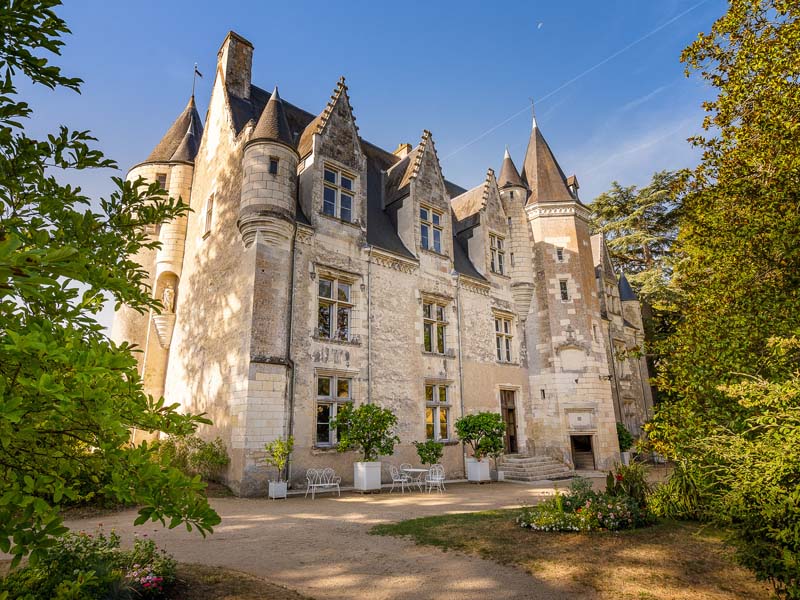 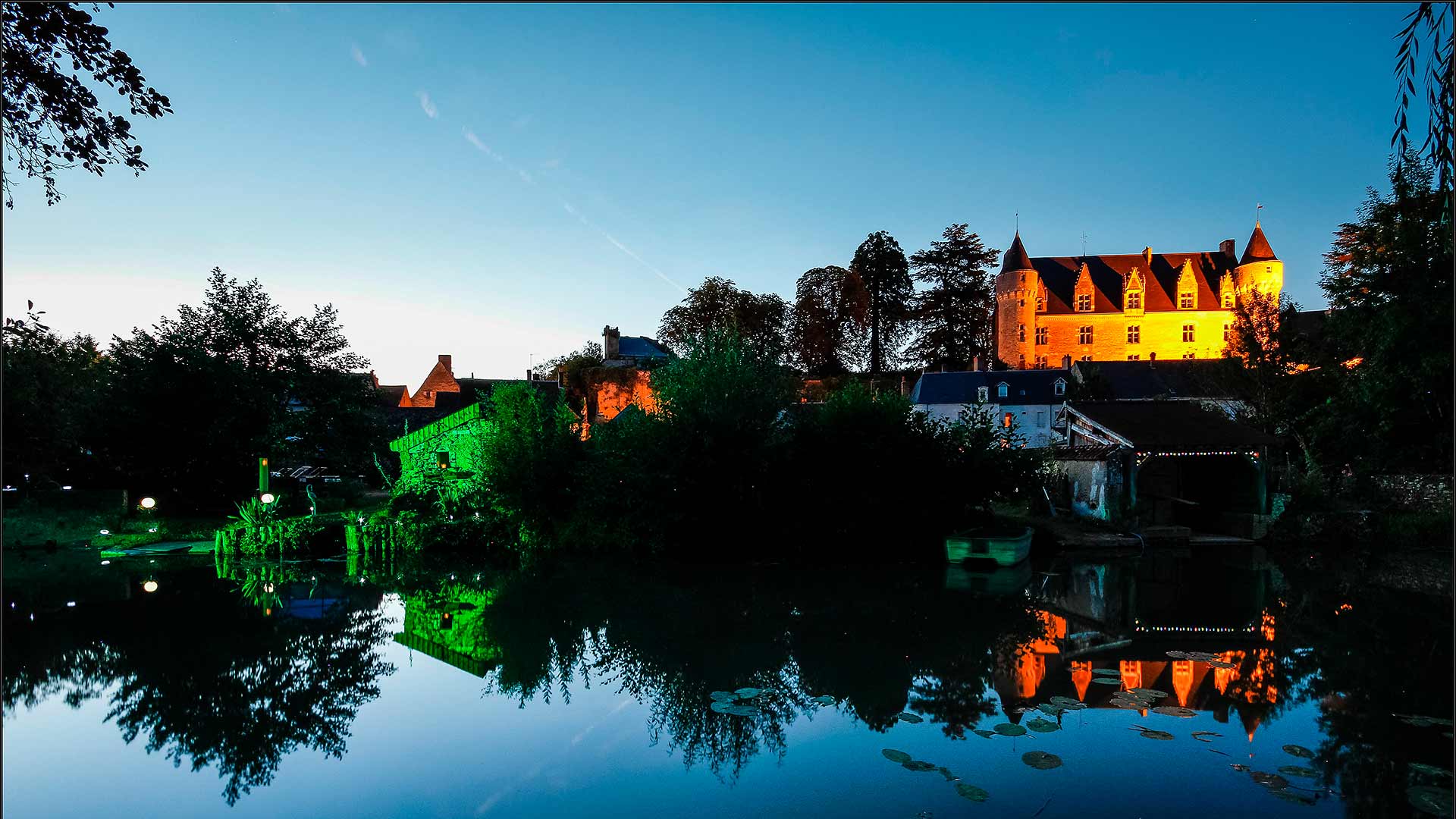 Then walk up Rue du Marché (Market Street). You will see an impressive building looming up before you: the Halle des Cardeux. Until the 19th century, the village was a textile centre . “Halle des Cardeux” means “Wool Carder Hall”.

Just opposite the Halle, give yourself a tasty break at the bakery with some tender macaroons based on an authentic medieval recipe. Lastly, set off to see St John the Baptist collegiate church, where three finely sculptured alabaster statues seem to watch over this fine edifice dating from the Touraine Renaissance.

Outside the village, a 8.5 km hike will take you to Lake Chemillé-sur-Indrois along the Legends Path. 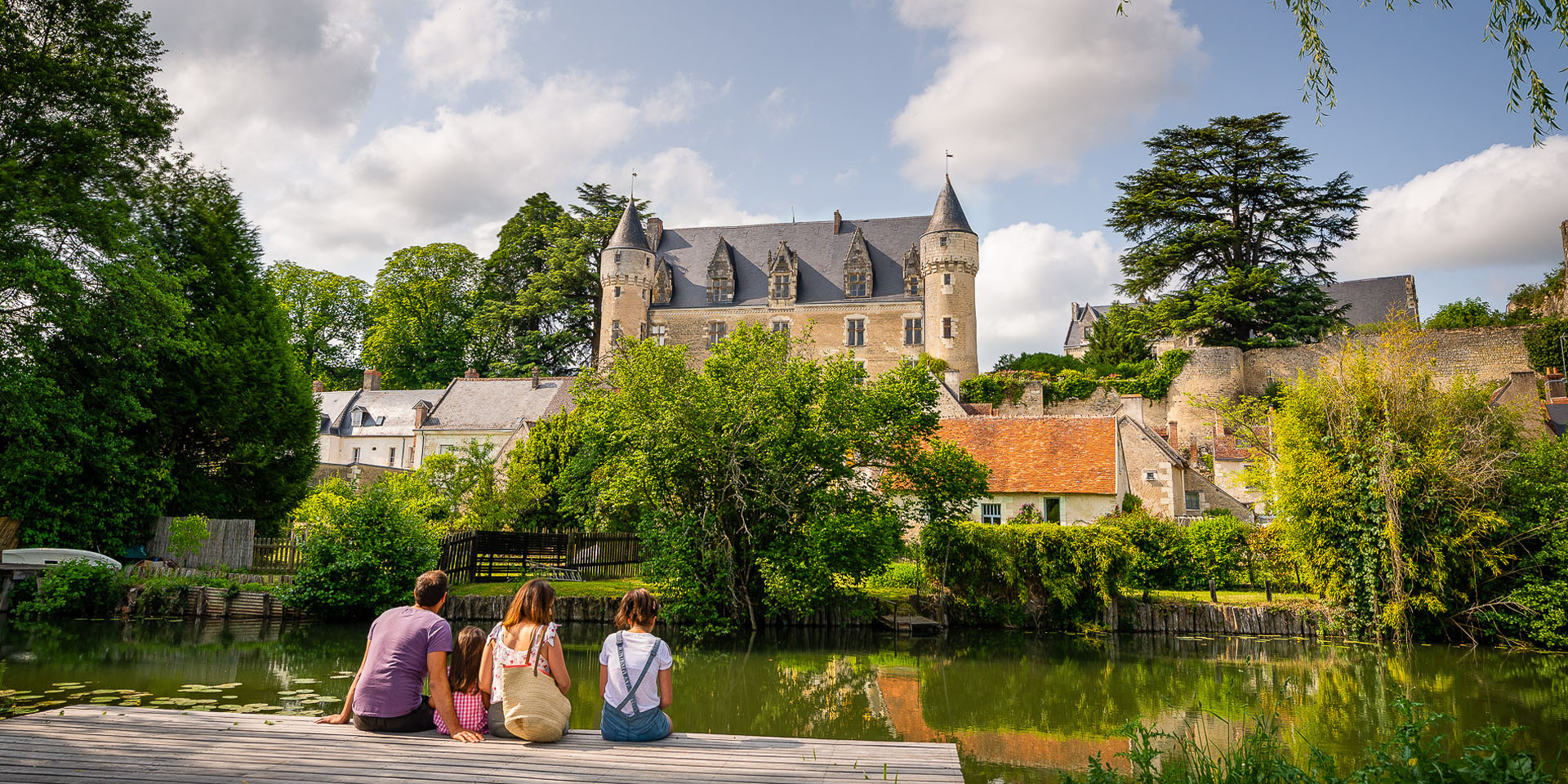 What to see near Montrésor

As well as the lovely medieval town of Loches and Beaulieu-lès-Loches (with the “Petite Cité de Caractère” label), fans of heritage will be charmed by some majestic buildings nestling at the heart of a large public forest: the Chartreuse du Liget, the La Corroirie Château-Monastery and Saint-Jean du Liget chapel, which all combine to form an important and impressive monastic site. 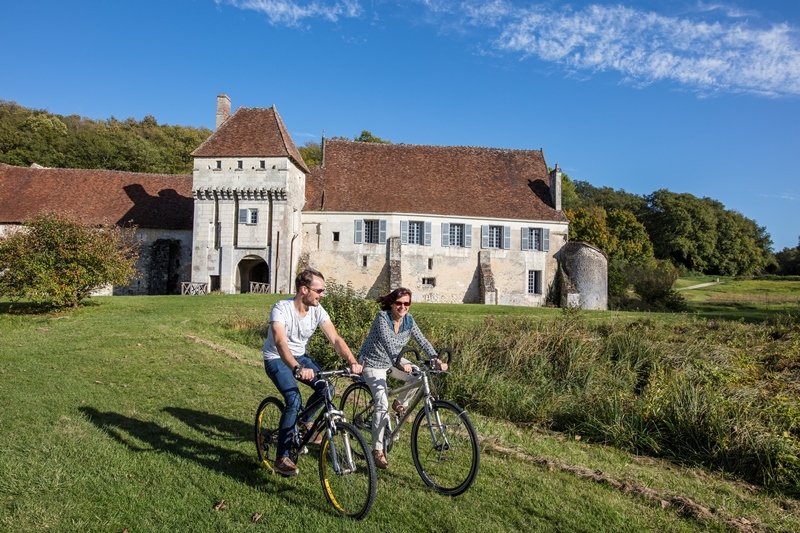 The forests all around invite visitors to see them on foot or by bike. The Treasure Route cycling trail takes in these interesting sights, and the “Dame de Nouans” trail will guide you and your bike to Saint Martin de Nouans-les-Fontaines church, including a Piéta by Jean Fouquet, a surprising painting on a surprisingly large scale. You can enjoy a photo break in Villeloin-Coulangé, where a major abbey once stood. It is no longer there, but you can still find traces of it in the village streets.

For hikers, marked trails cross the green and hilly countryside, inviting visitors to take their time. For families, the Sentier Randocroquis du Pas-aux-Ânes trail is ideal with great fun guaranteed for all ages. In France’s only garden village, Chédigny, there is a superb 13 km trail (with a 8 km variation).

If you want to relax at the end of your walk, take a break at the Chemillé-sur-Indrois outdoor leisure centre for a drink or a picnic, a swim and children’s games. And if the kids have any energy left over, they can have fun at the treetop adventure course at Clic Lac Parc Aventure!