The subprefecture, a town of art and history, home to one of the major sites for visitors to the Loire Valley, Loches with its royal site is the natural capital of southern Touraine. But 10 centuries ago, the capital was Beaulieu!

Beaulieu-lès-Loches: a walk through the streets of a delightful little town

The two neighbouring towns are separated only by the Prairies du Roy, which hosts the major art installations of the Beaux Lieux festival every year. The Romanesque spire of Saint-Pierre-Saint-Paul abbey church is 63 metres high and was recently restored. It is in many ways the symbol of Beaulieu-lès-Loches. It is also the starting point for a visit to the former abbey, with its very well preserved buildings. 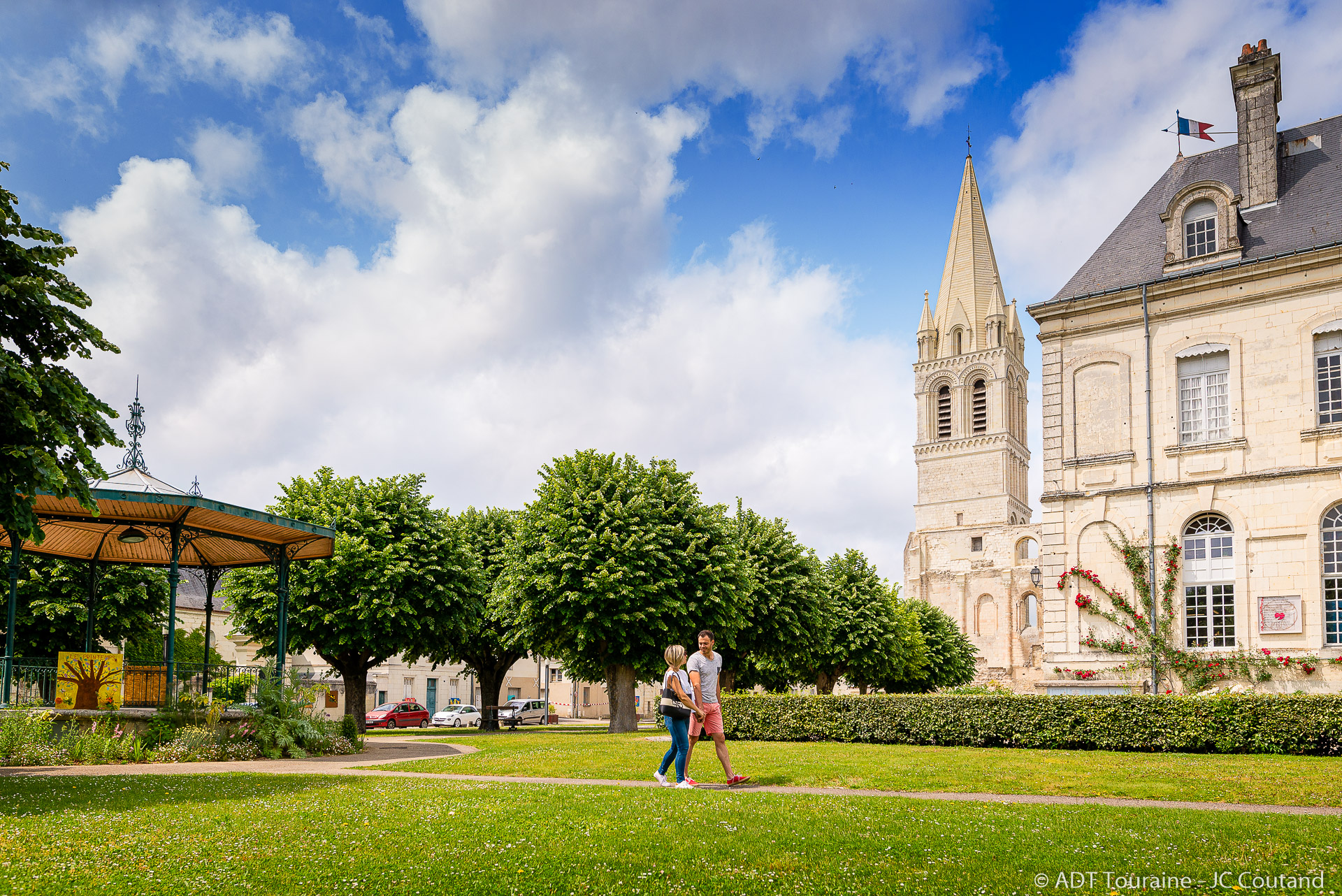 In the town centre, there are plenty of monuments to see: the Templars’ House (with frequent courses on offer by craftspeople), the Hôtel Suzor, Saint-Laurent church and the Agnès Sorel House. There are heritage panels providing precious information about the sites’ history. You can also follow the canal (a diversion of the Indre created in the 14th and 15th centuries to feed a series of mills), populated by roach, bream, tench, carp, perch and other pikes, which offers a delightfully bucolic setting! 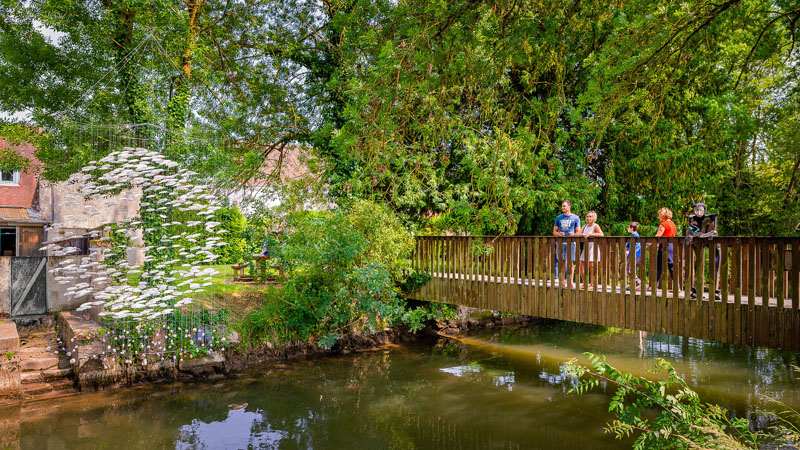 After a quick trip to the bakery, we go past the Halle des Tanneurs, and cross the canal to an attractive green space: the Viantaises Garden. Here market gardening has pride of place, but it’s the artistic and comic dimension of the site that brings a sparkle to visitors’ eyes, above all. 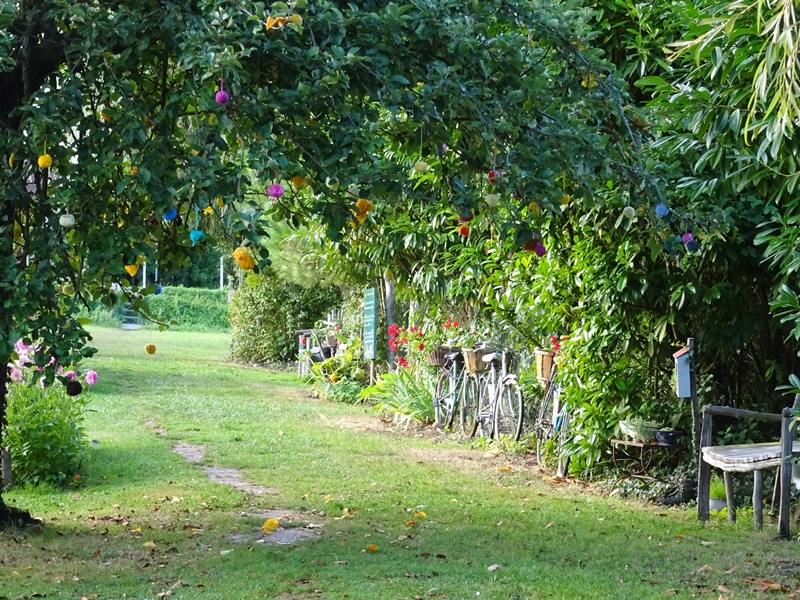 Just opposite, the Guinguette des Javanaises, an open-air café, helps bring this charming little town to life. It’s worth noting that the “Mechanics’ Windmill” is regularly open to visitors. Originally a tanbark mill, it was later turned into a forge, where parts for other windmills nearby were made and repaired. Another history to explore!

A few words about the abbey’s origins

In the 11th century, after his return from the Holy Land, Foulques Nerra, Count of Anjou, decided to found Beaulieu Abbey. He gave the monks large tracts of land, the right to mint coins and the privilege of organising markets and fairs. The abbey developed and grew rich, and became the economic powerhouse of the area, with the protection of the soldiers garrisoned in Loches, which was only a military centre at the time! 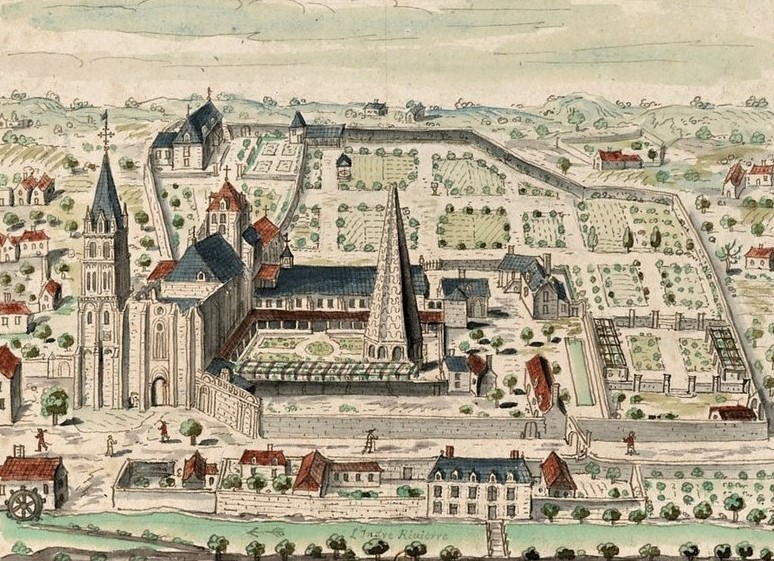 Did you know? In the Middle Ages, Foulques Nerra left many traces behind him in Touraine. Along with Beaulieu-les-Loches abbey and the castle keep at the royal city of Loches, under his reign the Montbazon keep and fortress were also built, as well as the Langeais and Montrésor Châteaux.