Tours is well supplied in restaurants and shops, and also attracts a large number of visitors with its medieval district. The beautiful timber-framed houses in the Old Town are always a source of admiration. The same is true for Amboise and Chinon. There, you will often come across an attractive house built using the half-timbered technique. 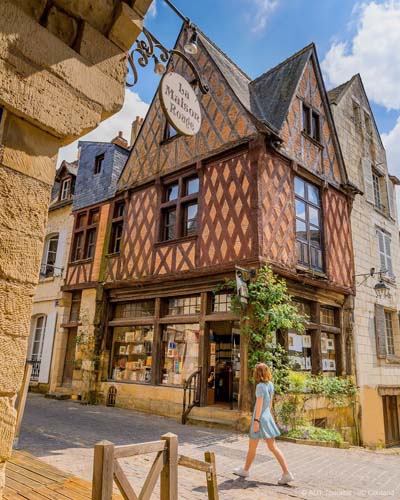 This building technique dates back to the Roman period but developed in France mainly from the Middle Ages. It later gave way to stone-based architecture, which began to prevail in all French towns from the early 18th century.

Half-timbering refers to the assembly of wooden beams, both horizontally and vertically (in a grid pattern), but also in a St Andrew’s cross shape and more recently in diamond shapes. To fill the spaces within the framework, cob was used, a mixture of clay soil and straw or hay, as well as bricks and other materials.

At first, our ancestor builders used long wooden beams, before opting little by little for shorter pieces of wood, which were easier to find and to transport to the centre of the towns. Above all, if there was a fire, small timber frames were less likely to spread the flames to the neighbouring houses. 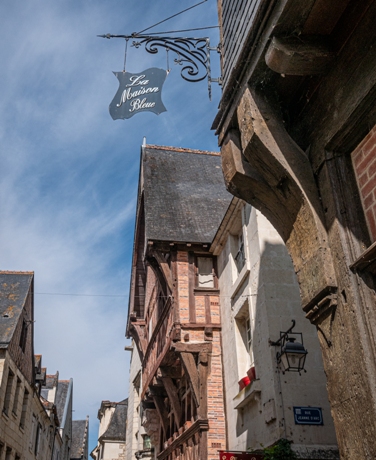 To prevent the wooden beams from being damaged by humidity from the ground, timber-framed houses were built on top of a foundation wall or elements of masonry. Many houses were also corbelled. As you can see in the photograph of this medieval house in Chinon, the upper storey extends out beyond the lower level, protecting the lower walls from rain, while providing more living space upstairs. But to stop the spread of fire and for public health reasons (to let more wind and sunshine into the streets in order to limit bad smells and disease), fewer corbelled structures were built from the Renaissance period onwards.

At the heart of the historic centre of Tours, Place Plumereau is often cited for the magnificent examples of timber-framed architecture. These buildings have been preserved thanks to a conservation plan launched in 1973 and based on the Malraux Law (1962) aiming to protect and enhance France’s historic heritage. This was a visionary initiative given today’s levels of activity linked to tourism! 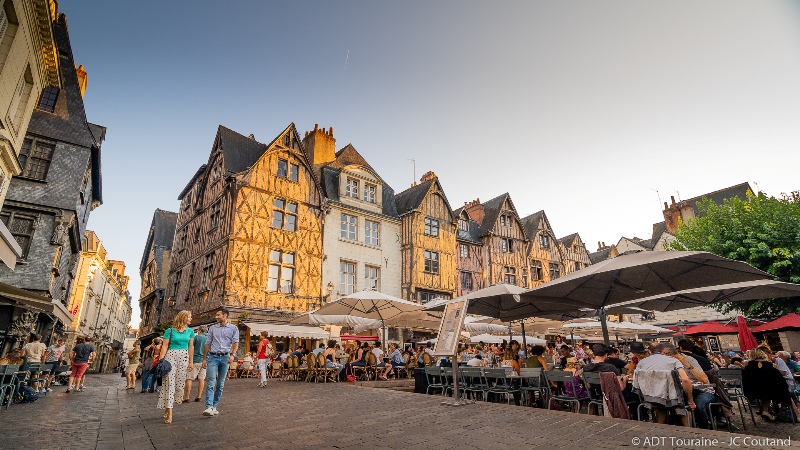 Below are a few examples of timber-framed houses that you can take your time to admire during your visits to Amboise, Chinon and Tours, in between visits to the Loire châteaux. They include a house covered in slates, a material used for rich town houses. 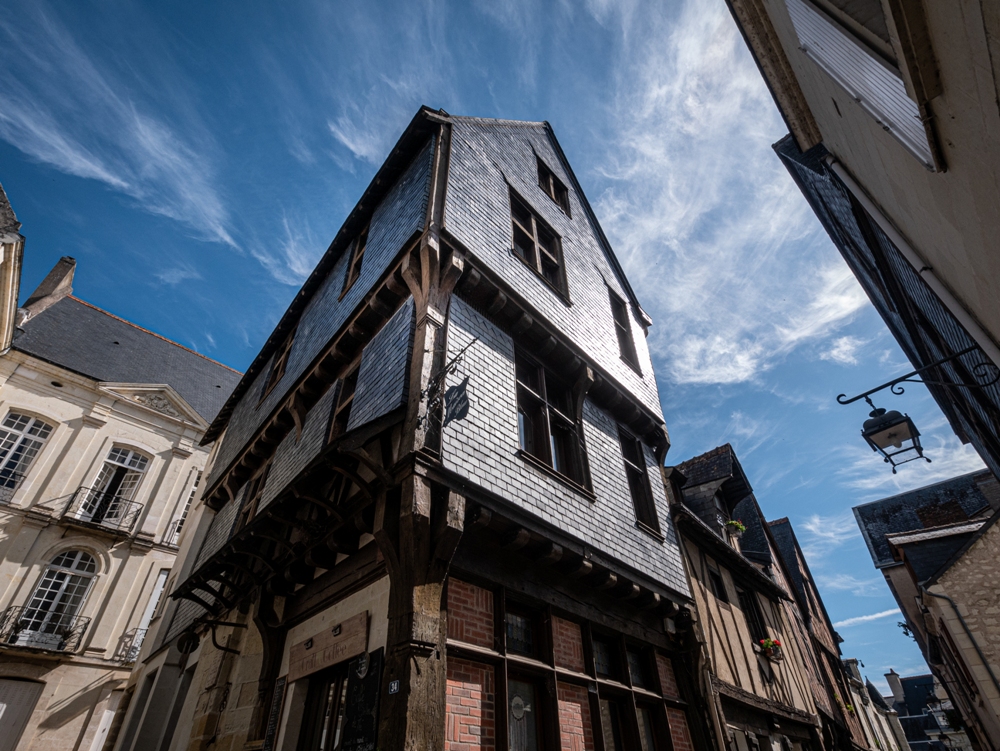 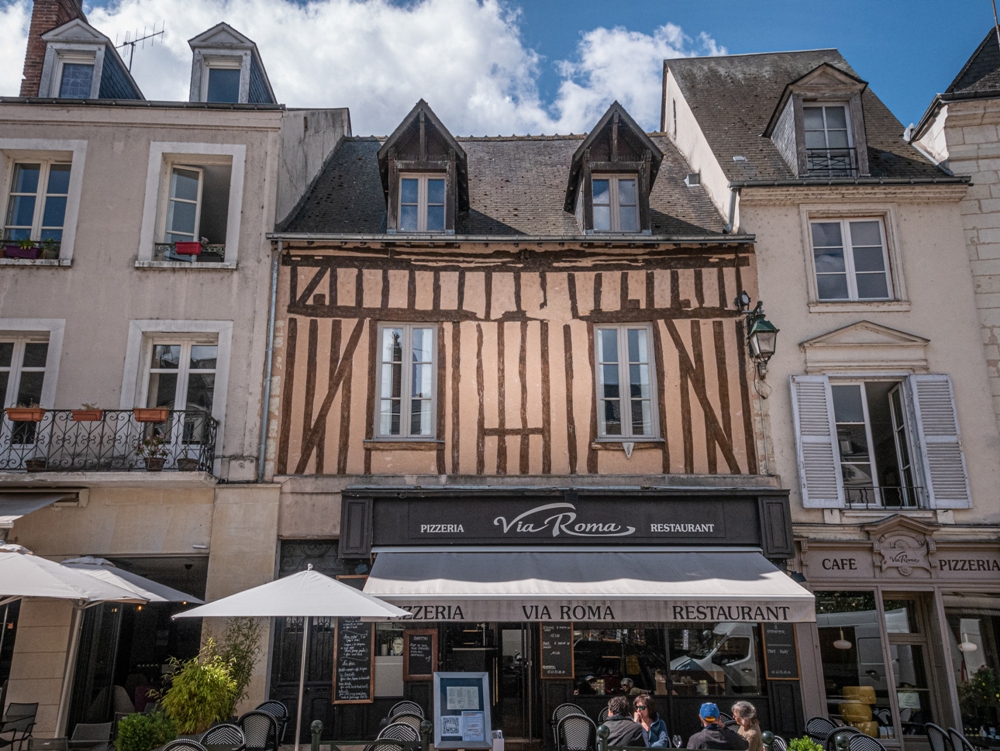 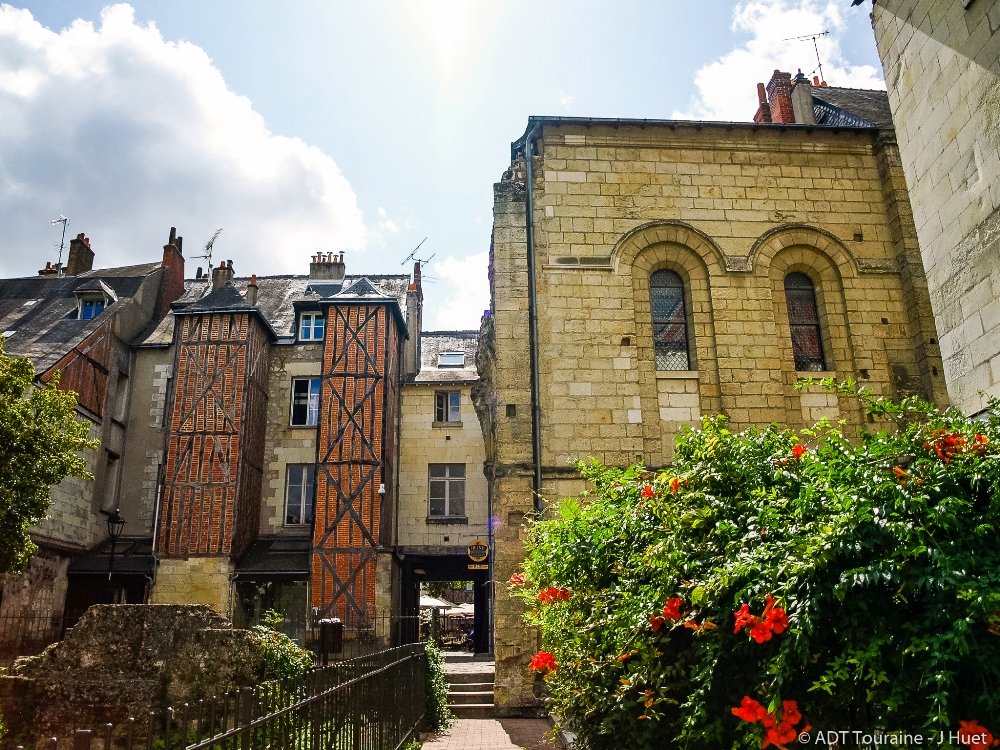 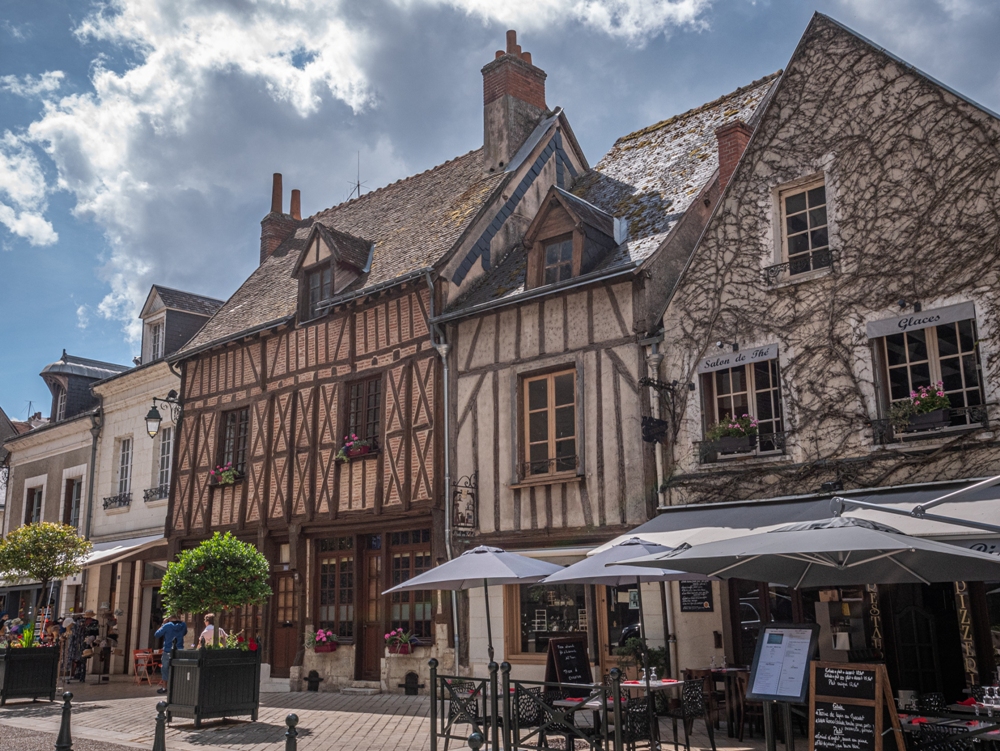