Troglodyte sites: journey to the centre of the stone

As you drive along the roads of Touraine, chances are you’ll spot the famous troglodytes caves, carved out of the hillsides to extract the tufa stone for building the Loire Valley châteaux and houses. Back in the 21th century, here are guest houses, tourist sites, cellars and restaurants… a few great places to experience this troglodytes world in France.

Not to be confused with the wren, also called with the noun “troglodytes hiemalis”, or “troglodytes pacificus”, in taxonomic dictionary, encyclopedia, and by english birdwatchers!

A weekend in a troglodyte house

French people often use the word troglo or even trog sometimes instaed of troglodytes. Whatever the word, for an unusual romantic getaway (maybe you will hear a bird singing outside…), several gites and guest houses offer the experience of sleeping in original troglodyte surroundings. From Troglododo in Azay-le-Rideau to the Sentinières du Vallon (Vouvray) and Les troglos de Beaulieu or Amboise Troglodyte, you’re sure to find your little corner of paradise for one night or more! Other great places are La Falotière, La Rochelière, La Rochère (new), les Troglos de Beaulieu and Les Sentinières du Vallon. 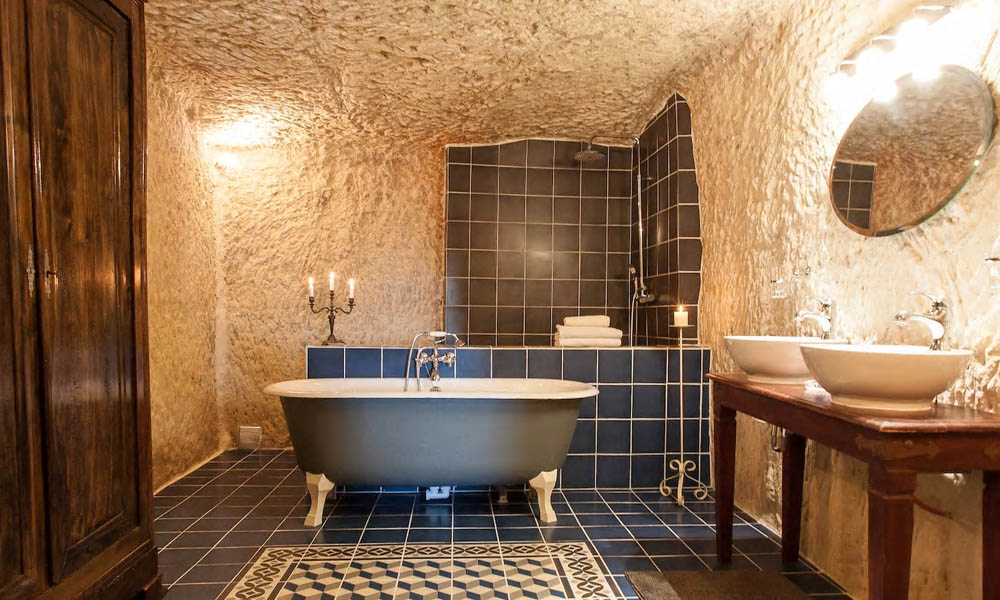 The troglodytic style of Amboise Troglodyte 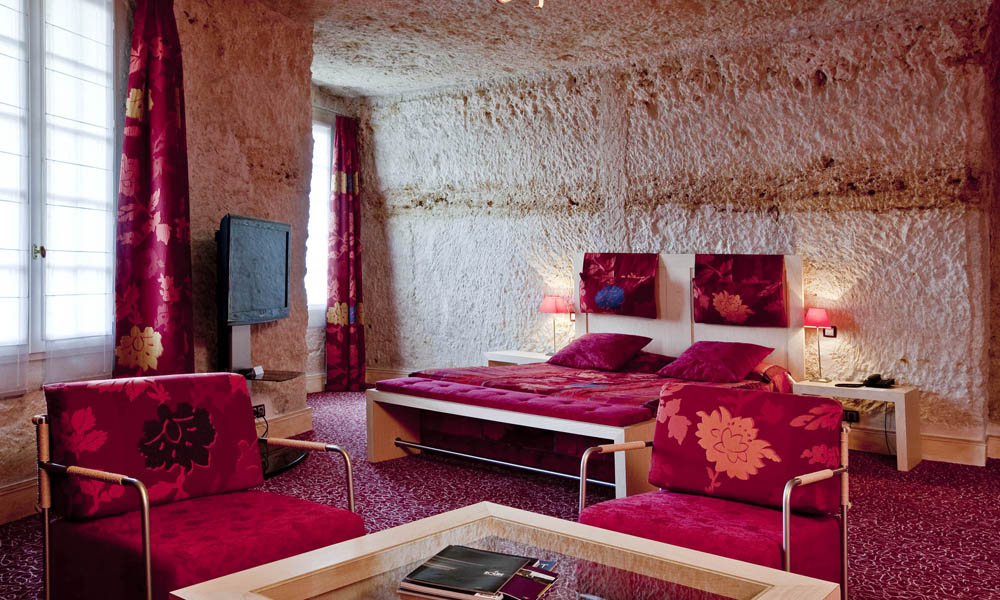 Also note that the Domaine des Hautes Roches, in Rochecorbon, was the first luxury troglodyte hotel in France and that there’s a great surprise hiding underneath the Hôtel Choiseul, in Amboise: Caesar’s Granaries, tunnels which were used as a barn for collecting the grain levied as a tithe, before the Revolution.

There are plenty of wonderful old troglodyte wine cellars to discover around Chinon (and Saumur too), such as the Sibylle cave, the Cave Monplaisir and the Cave Plouzeau. A little further on is the splendid Rabelais Museum underneath which lies a truly gargantuan former quarry! 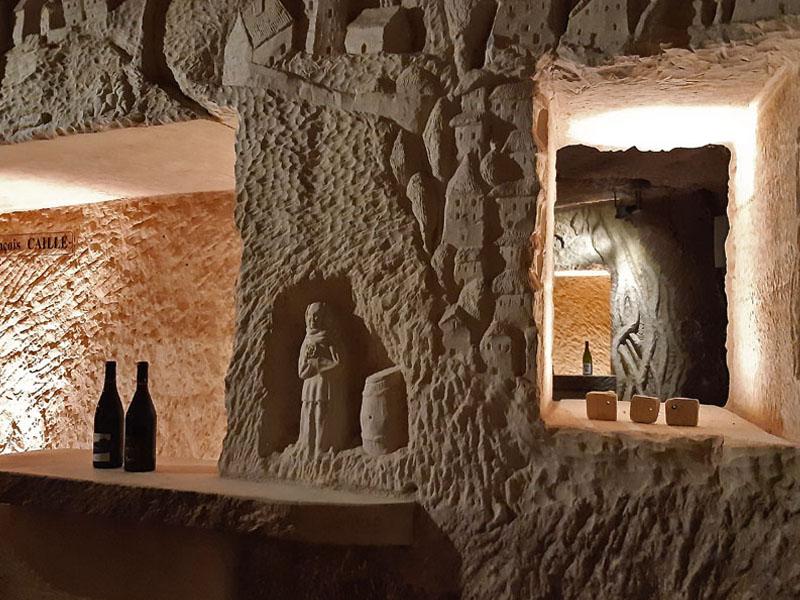 A troglodyte world in the Sibylle cave

Beyond Chinon, there are also numerous underground landmarks on the Touraine wine route on the way through the vineyards of : Troglodytes, a world to explore

There are several fascinating attractions to visit around Azay-le-Rideau, including the Goupillières troglodytic valley (you will dive in the life of troglodyte person years ago) and the petrifying caves of Savonnières. Oddly enough, a tour of the basket weaving village of Villaines-les-Rochers (home to the wicker – basket-weaving cultural centre) will show you the interaction between the troglodyte caves world and the local handcrafted specialities.

If you like cycling, the ‘Les troglos de Courtineau’ cycling loop near Sainte-Maure-de-Touraine will lead you through a large number of troglodyte dwellings, including a chapel carved into the rock: Notre-Dame-de-Lorette.