In the majestic setting of the Royal Castle of Amboise, a great Renaissance journey awaits you, where splendor and intrigue mingle with monumental trompe l’oeil projections. The Amboise Prophecy!

The Amboise Prophecy is an original creation by Damien FONTAINE, a young internationally-renowned composer and director. A 5-time award winner of the Lyon Festival of Lights, he whisks the audience away for an hour-and-fifteen-minute whirlwind of monumental images and optical illusions that interact with hundreds of actors and extras on stage.

Make way for the show!

The Royal Castle of Amboise emerges from the interlacing nocturnal volutes, the lost shadow of the splendors of the past. You can catch glimpses of silhouettes in the labyrinths, covertly pacing the wooden platforms of the fantastic, recently-restored site. 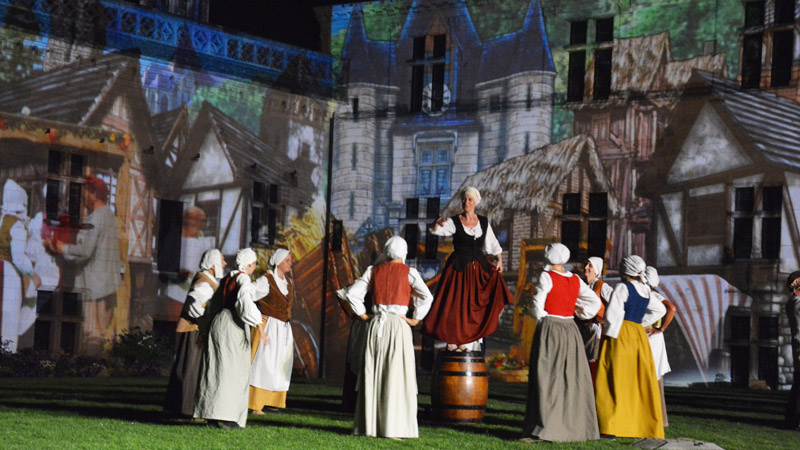 As is often the case, a few of the children defy their parents and dream of the battles, valiant knights, and conquests won in the imposing vestiges of the castle, guardians of a repeatedly secular history. Suddenly, a scream: one of the members of the little escapade has just bumped into one of the beams. He falls stunned, mocked by his playmates who compare him to the unfortunate Charles VIII, who fell even more tragically there more than 400 years ago.

At the same time, Louise de Savoie, a woman in the shadows, secretly keeps watch over the fate of her son Francis, who a mysterious hermit said would become royal: the accession of Francis I is near!

This year, fantastic horses “gallop with light” and an exotic menagerie in grandiose projections, with cooperation from the ZooParc de Beauval, also participating in the extravaganza. 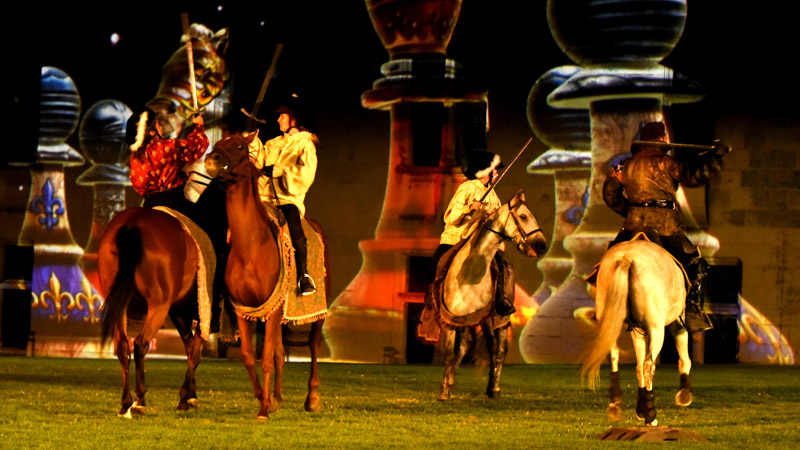 You will enjoy the 22 performances of The Amboise Prophecy more than ever, in the heart of our history and our culture, with vibrant, innovative and spectacular stage direction!

18 sound and light shows in July and August – www.renaissance-amboise.com