The royal estate of Château Gaillard

Everything grows in the “Garden of France”… even oranges! Come and see for yourself at the royal estate of Château Gaillard in Amboise: a site not to be missed on the Loire châteaux route!

While Leonardo da Vinci is the focal point for visits to the Château of Clos Lucé, and is buried in the Saint-Hubert Chapel at the royal château of Amboise, another Italian made his name on the banks of the Loire: Pacello da Mercogliano.

Europe’s most famous garden designer of the period worked for Charles VIII on his return from the first Italian war, and deployed all his skill in the royal estate of Château Gaillard from 1496.

He developed the garden spaces and created plant beds, the forerunners of French-style parterres with their geometric shape. The beds were divided by holly and featured a wide range of fruit trees. And to make sure the garden would be beautiful both in summer and winter, the soil was covered in pieces of slate, earthenware or fragments of tuffeau stone.

At the same time, research in agronomy enabled Pacello da Mercogliano to acclimatise the first orange and lemon trees in France, using heated greenhouses and crate planters. If we bear in mind that oranges were still a rare and precious fruit even in the mid 20th century, we can easily imagine the challenge of growing citrus fruits in the year 1500! The king also gave Dom Pacello the royal estate of Château Gaillard for 60 sous (a French unit of currency) and a bouquet of orange flowers once a year.

Along with the garden with its seven heavenly pathways inviting visitors for a walk, the château itself is well worth a detour. Following large-scale renovation work, a range of details perfectly capture the Renaissance spirit: a cornice with quadruple friezes on the façade, ornamental windows decorated with 8,000 pieces of stained glass and magnificent fireplaces… 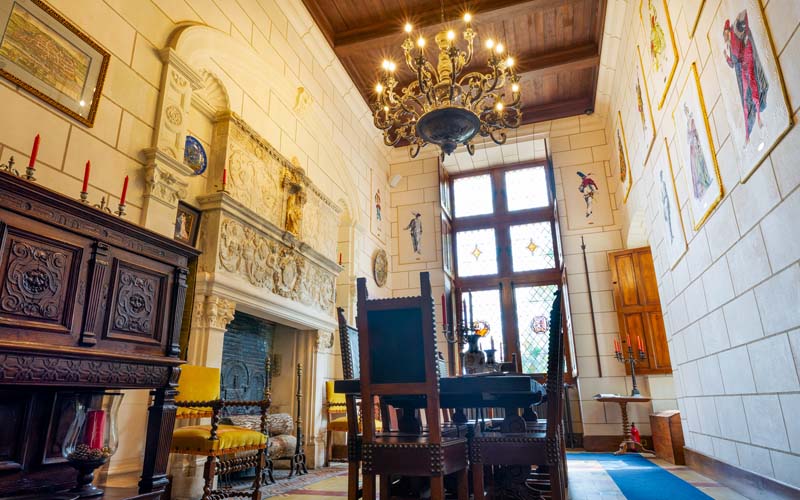